A closer look at how to invest in hydroponic stocks.

According to the United Nations, the world needs 50% more food by 2050 to support a growing population. However, the agriculture industry currently uses 70% of all freshwater, making that an even more daunting challenge. This outlook raises the possibility of food shortages if we don't change our farming practices.

Hydroponic farming aims to help address this growing food crisis. While it lets water do all the work, hydroponics uses less water than traditional farming. It also uses less space while producing a bigger and faster harvest in any climate. That makes it a potential solution to help stave off a future food crisis.

Here's a closer look at how to invest in hydroponic stocks. 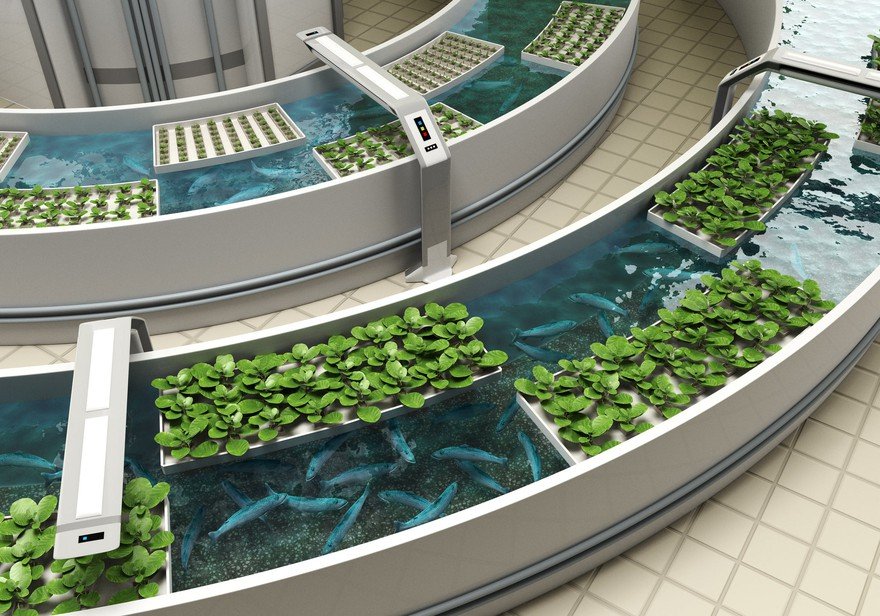 Hydroponic companies to invest in

The hydroponics industry is growing in importance to the agricultural sector. While many hobby farmers use hydroponics, several large-scale vertical farming companies also use this technique, as do those in the marijuana industry.

However, for our focus, we'll concentrate on the companies that make and distribute hydroponics products. While it's a small list, those looking at how to invest in the sector have some interesting options.

Here's a closer look at these top hydroponic stocks.

GrowGeneration is the largest chain of specialty hydroponic and organic garden centers in the U.S. The company had 58 locations in 12 states by the end of 2021's second quarter. Its retail and distribution centers sell organic nutrients and soils, advanced lighting systems, and hydroponic systems for commercial and home growers.

The company has been rapidly expanding its footprint. During the first half of 2021, GrowGeneration made 12 acquisitions, adding 20 hydroponic retail locations. One notable deal was the acquisition of HGS Hydro, the country's third-largest chain of hydroponic garden centers with seven locations. The company also launched an e-commerce platform in 2021, which includes the option to buy online, pick up in store (BOPIS).

GrowGeneration is also playing an important role in supporting the medical cannabis market. One recent example is in Mississippi, where it signed a lease in 2021 for a future state-of-the-art GrowGen garden center, its first location in the state. The center will feature indoor vertical farming and controlled environment agriculture. The opening of this location will coincide with the implementation of Mississippi's new medical cannabis program. GrowGeneration sees a lot of future expansion potential to serve commercial and retail marijuana growers in states that have legalized it for medical and recreational use.

ScottsMiracle-Gro is one of the world's largest marketers of branded products for lawn and garden care. The company makes the Scotts, Miracle-Gro, and Ortho brands. In addition, it owns The Hawthorne Gardening Company, a leading provider of nutrients, lighting, and other materials for the indoor and hydroponic growing industry. The company also owns The Hawthorne Collective, which invests in emerging areas of the cannabis industry.

The company has been actively expanding its Hawthorne subsidiaries. In mid-2021, it bought two leading nutrient brands to expand The Hawthorne Gardening Company's product portfolio. It also purchased a leading provider of products, accessories, and systems for water filtration and purification.

ScottsMiracle-Gro noted its intention to increase its investment behind its Hawthorne business. The business has benefited from the overall growth in the marketplace and the company's work building a leading competitive position.

Hydrofarm Holdings is a major distributor and manufacturer of controlled environment equipment and supplies. Its products include high-intensity grow lights, climate control solutions, and growing media. The company distributes its products to retailers at six locations in the U.S. and two in Canada.

The company has been actively expanding its operations in the past year. Hydrofarm Holdings completed two acquisitions during 2021's second quarter and two more shortly after the quarter ended. The four new additions expanded its nutrient and growing media segments, helping to bolster its consumable offerings and manufacturing expertise. Those deals also demonstrated the company's position as a consolidator in the highly fragmented hydroponics market.

Hydrofarm Holdings ended the second quarter of 2021 with significant cash and borrowing capacity, giving it the financial flexibility to continue expanding. Further, the company noted that it was evaluating debt financing options to "fuel continued growth and M&A." Future deals could extend its leadership in making hydroponics equipment and supplies.

GenerationGrow, ScottsMiracle-Gro, and Hydrofarm Holdings are all benefiting from the growing demand for hydroponic equipment and supplies due partly to the rise in vertical farming and cannabis growing. All three are leveraging their leading positions to expand their operations and capture a larger share of this fragmented yet growing market. That potentially sets their investors up to earn attractive returns and makes this sector an interesting one to consider.

An in-depth look at the leading wheat stocks in the U.S stock market this year.

They're not making any more land, so companies are learning how to stack it.