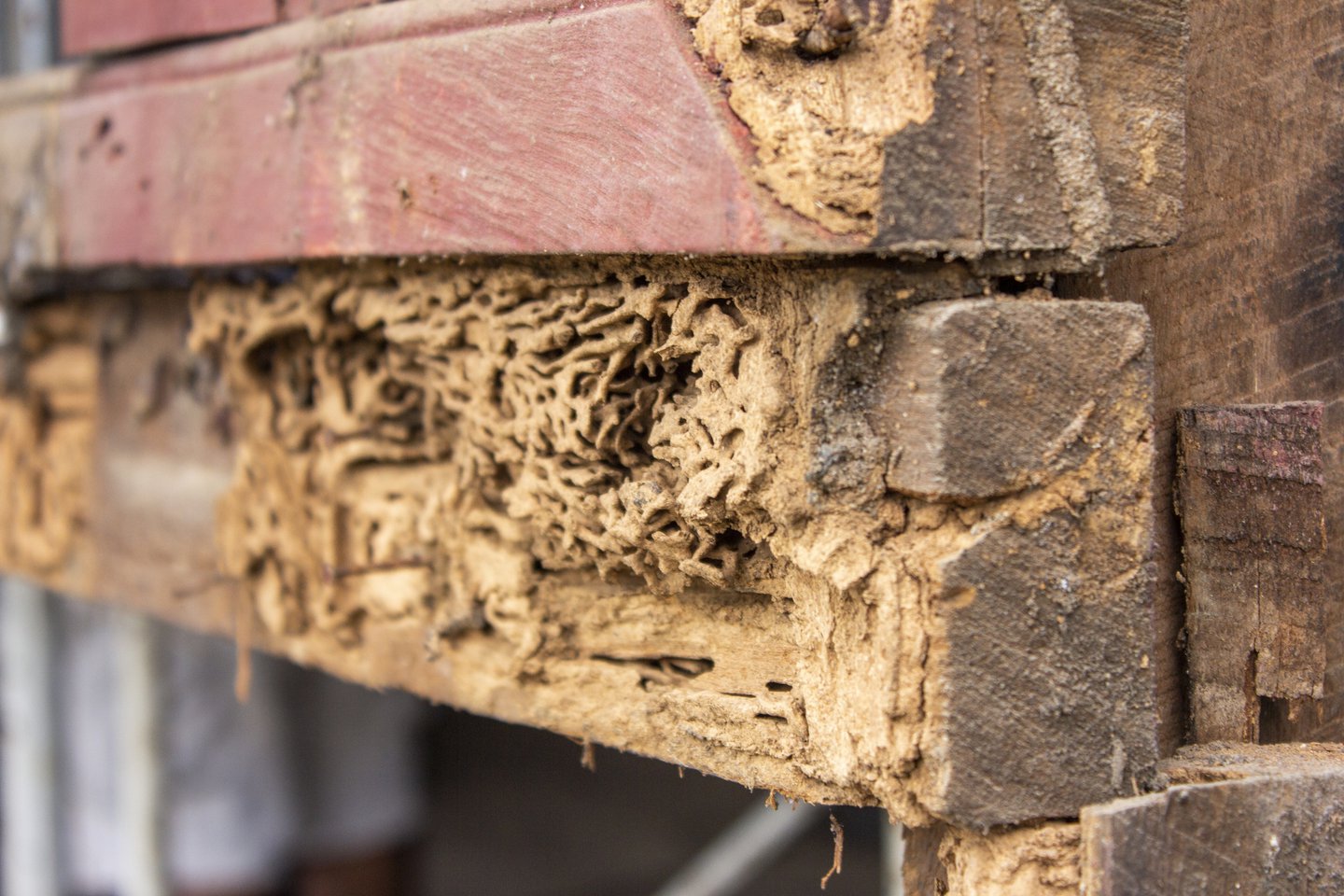 The Basics of Termite Bonds: Do You Need One for Your House Investment?

Longtime real estate agent Susie Carlson says it’s not a matter of if termites will invade a house in her Columbia, S.C., market -- it’s a matter of when. That’s why the Coldwell Banker agent recommends that sellers have in place a termite bond before they go on the market, and that buyers either have one when they make the purchase or get one soon thereafter.

They’re insurance against termite infestation and damage and are typically issued by pest control companies that also do inspections and treat the property to eliminate the wood-eating pests.

Normally bonds can be transferred, for a fee, to the next owner, and they typically run from $500 to $2,500 or so, depending on the size of the house. That’s the one-time, up-front cost. They then require an annual inspection, usually a couple hundred dollars. Treatment and prevention systems also can add a few hundred dollars a year on the high end.

While those costs won’t eat you out of house and home, termites can.

"Some damage is so slight that homeowners choose not to repair it after controlling the infestation," says Lisa Harris, an agent with RE/MAX Center who specializes in investment properties, upscale homes, and gated communities in suburban Atlanta.

"In other cases, termite damage can cost thousands of dollars to repair,” Harris says. “In rare cases, homes are demolished because the termite damage is so extensive.”

There are basically two kinds of bonds: re-treat bonds and re-treat and repair bonds. The first guarantees treatment whenever the pests are discovered. The second adds repair of damage.

"Bonds that are for treatment only are not worth having at all, in my opinion," Carlson says.

She recommends getting a few quotes from reliable providers and to make sure to ask these four questions:

· Is it a treatment and repair bond?

· How long does the bond last before renewal is required? (Carlson says 10 years is typical.)

· Is it transferable? And if so, for how much?

Some lenders require clear termite letters, Carlson adds, including for FHA and VA loans in South Carolina. It varies by state and region. That’s not the same thing as a bond.

A termite letter simply says that the inspector found no sign of active termite infestation at that moment in time. They may also include other wood-destroying insects like carpenter bees and carpenter ants.

Inspections also typically cost a couple hundred dollars, unless they’re included as part of the regular home inspection done by a generalist who can spot signs of old damage or current infestation.

What attracts them, and where to look on your own

Termites are typically attracted to piles of wood, dead trees, tree stumps, tree limbs, mulch, and clogged gutters. "So, it’s ideal to proactively maintain your property to keep your home and yard free of debris that attracts termites in the first place," says Harris, the Atlanta agent.

Carlson in South Carolina also notes that moisture in crawl spaces is a problem and advises paying close attention to what she calls "wooden stiff-knees," or braces under a house that contact the ground. Ideally, they’re concrete or brick, but if they’re wood, that can be a termite hot spot.

Plus, she says, "Generally a house that’s not been looked at for a while is generally where you’ll find most of the damage. Especially under bathrooms, or anywhere where leaky pipes or other issues put wood in contact with water."

As in all things real estate, location matters a lot when it comes to investing in a termite bond to help make a property sell more easily.

Harris in Atlanta says about 35% to 40% of her sellers don't have coverage and that she recommends an immediate inspection first, and then consider getting a bond after that.

But Francine Viola with Coldwell Banker Evergreen Olympic Realty in Olympia, Washington, says that neither bonds nor specific termite inspections are required, at least for lending purposes, in her market.

"In my area, we only have pockets where there may have been termite activity," she says. "Unless a home inspector finds termites, I don’t advise my sellers or buyers to have a termite bond."

Same thing with Chris Bond of Chris Buys Homes in St. Louis. "I recommend them to sellers who have had a termite problem in the past few years. It’ll help convince buyers that they’re also covered if anything happens in the coming years. If you don’t foresee any issues in the future, then I would say it’s probably not worth it."

Meanwhile, Christopher Totaro of Warburg Realty in New York City says termite bonds are not common or required in Manhattan and that they’re more prevalent in the outer boroughs where there are more free-standing wood-frame homes.

He says he doesn’t recommend sellers buy them, but he does advise having a home inspector look for them when doing their job prior to going on the market. Totaro adds, "In the case of a wood-framed structure in the boroughs or on Long Island, I do suggest that they have a termite inspection prior to entering into a contract to purchase."

A selling enhancement that buys peace of mind

So, is it worth it to invest in a termite bond that you can pass on to the new owner? Or in the property you plan to keep as an investment and rental?

As Totaro, the New York City agent, says, "On the buy side, it’s advisable to have a termite inspection performed before you sign a purchase contract. On the sell side, a termite bond is a selling enhancement. It’s like insurance; it’s only a waste of money if you never file a claim. But how much is peace of mind worth?"

While probably not a tipping point, given the price point that bonds come at, having a bond in place can make a property more attractive to the next buyer, whether a homeowner or investor.

What's to Become of the Open House?