Being a newbie investor means risking mistakes that ultimately cost you money. And while there's no such thing as a risk-free investment, there are smart places and less smart places to put your hard-earned money. Penny stocks ultimately fall into the latter category.

As the name implies, penny stocks are those that can be bought on the cheap, at least on a per-share basis. Back in the day, stocks that traded for less than $1 per share were considered penny stocks, but these days, the term covers all stocks that trade below $5 a share.

The appeal of the penny stock is twofold. First, they allow investors with limited financial resources to buy up a large number of shares for not a lot of money. Given the many stocks out there that trade for well over $100 per share, someone with a mere $200 to invest might prefer to buy up a haul of penny stocks than a single share of a larger business. Penny stocks also tend to fluctuate in price so that there's technically the potential to make money overnight. 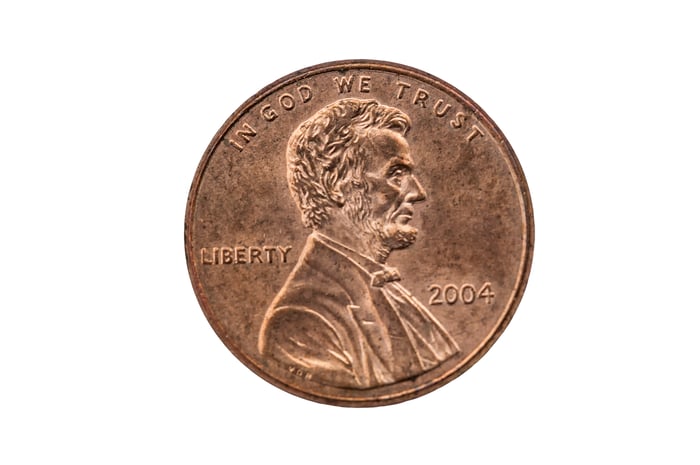 But while many investors inevitably find themselves drawn to penny stocks, buying them is often nothing more than a ticket to losing money. And that's why they shouldn't take up precious space in your portfolio.

The dangers of penny stocks

One major issue with penny stocks is that they're not traded on public exchanges like regular stocks. As such, the companies behind them aren't held to the same financial reporting requirements that major companies are subject to. The result? There's often not enough financial information about penny stocks to determine whether they're a good investment. Furthermore, because penny stocks aren't subject to the same disclosures as major players, and don't have the same number of shareholder eyes on them, the companies behind them are more likely to fall victim to financial mismanagement.

Another thing you should know about penny stocks is that the companies behind them are generally pretty new, and so it can be difficult to gauge their long-term performance. Think about an established company in any given industry. There's a degree of confidence that comes with buying a name you recognize that's been around for decades. With penny stocks, you don't get that same sense of security.

Finally, because penny stocks are bought and sold over the counter, as opposed to on a public exchange, they trade less frequently than regular stocks. So, they're not as liquid, meaning you might have a hard time finding a buyer for your penny stocks should you choose or need to sell them. And if you do find a buyer, you might be forced to sell at a price that's much lower than what you paid.

A better bet for your money

Tempting as it might be to invest in penny stocks, you're better off choosing established, public companies whose financial workings are far more transparent. There are plenty of reputable stocks you can buy for well under $50 a share, so rather than purchase a larger number of speculative shares with your limited resources, instead focus on choosing solid companies whose stock you can hold for the long haul. In fact, your best chance of making money in the stock market is to invest in quality companies and hold those positions for a decade or longer. With penny stocks, you're highly likely to lose money and regret your decision many times over.