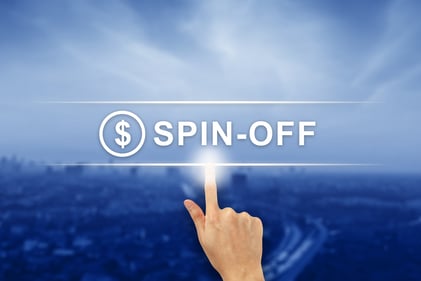 Shares of Dow are down 24.4% while shares of DuPont are down 26.8% since the announcement of their proposed merger in late 2015.

Is GE a Buy Post-Reorganization?

Shares in GE have underperformed for years as the market tries to understand the company's future. To that end, the company has made it known that it's getting back to its roots.

Why the Market Is Dead Wrong About Posco

Shares are trading at a fraction of tangible book value. The market may be missing something in this best-in-class steel producer.

Recently, JPMorgan Chase’s Daniel Butcher and team said they think “major evasive action will be required to avoid covenant breaches in 2016 or 2017.“

Should Investors Really Be Concerned With Bankruptcies in the Oil and Gas Sector?

What Does Alcoa's $1.5 Billion Deal With General Electric Mean for the Spin-Off?

Alcoa announces a $1.5 billion long-term supply contract with GE's aviation unit. What does it mean for the spin-off of Alcoa?

Does the Shell/BG Group Deal Make Sense With Oil at These Levels?

Shell's bid for BG Group has brought about skepticism from the market.

Does the FedEx-TNT Express Deal Make FedEx a Buy?

The deal recently cleared EU approval, which possibly set the stage for the deal the complete.

Does Monsanto Have a Margin of Safety at Current Levels?

A recent restructuring announcement, along with slowing revenue growth, is causing uncertainty to surround the company. Shares have dropped 22% over the past 12 months. Is there a margin of safety at current levels?

Is Now the Time to Buy Freeport-McMoran?

Shares in this beaten-down copper miner are down more than 80% over the past 12 months. The company is cutting costs aggressively and is being pressured by activist Carl Icahn. Although the company is priced for failure, the FCX has guided for roughly $2.8 billion in free cash in 2016 after the massive drop in CapEx, which would have shares trading at a P/FCF of <2 at current levels. The stock trades at a P/TBV of 0.39.

As a leader in ultra-deepwater rigs, Seadrill looks like a good pick in a depressed energy environment.