Autonomous vehicles aren't widespread right now, but in the coming decades, they'll be everywhere. By 2040, it's estimated that more than 33 million driverless cars will be sold annually. That figure will represent 26% of all new vehicles sold globally that year, and it will be a massive increase from the 51,000 self-driving cars that are expected to be sold in 2021.

And with the explosion of driverless-vehicle sales will come considerable benefits to the public. Autonomous vehicles are expected to save 300,000 lives in the U.S. each decade because the cars will be much safer and crash less often than human drivers.

These vehicles are also expected to generate lots of revenue for some automakers and technology companies: They're expected to create a massive $7 trillion passenger economy as new delivery and ride-hailing services sprout up around the self-driving vehicle market.

But despite these opportunities, there are a handful of reasons why driverless vehicles may fail to live up to some of these expectations, or at least take a little while longer to achieve them. For the sake of argument -- and to try to form a more well-rounded investing thesis for this market -- let's look at a few pitfalls for autonomous vehicles. 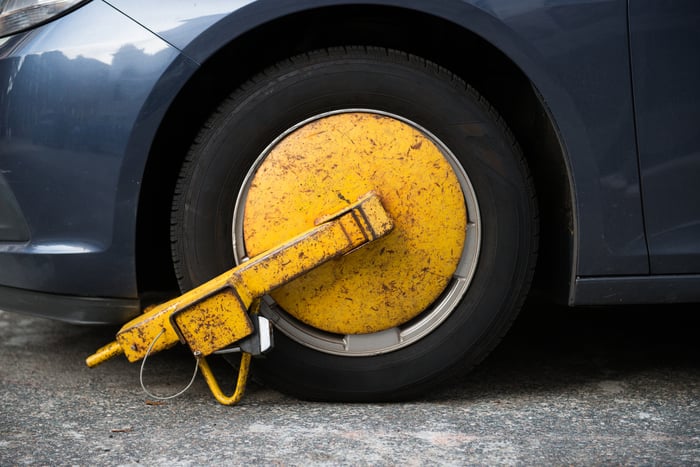 Right now, driverless-vehicle permits are handed out mainly by individual states, as well as cities. This system works fine for the testing stages of driverless vehicles, but the U.S lacks a clear federal approach to this technology.

It's true that members of Congress have met to discuss driverless cars, and that the National Highway Transportation Safety Administration (NHTSA) has released guidelines for autonomous vehicles. But there aren't any well-defined safety regulations yet. The lack of federal laws means that there's currently a hodgepodge of state laws regulating these vehicles, and this could be problematic in the coming years. Some states require a human to be in the driver's seat while autonomous vehicles are operating, and some don't; others say there must be a gas pedal, steering wheel, and brakes in the car, while other states have no such requirements.

Minimal federal oversight has helped spur driverless-vehicle innovation in the short term, but in the years to come, it could do more harm than good for companies and the public to not establish clear safety standards for these vehicles. Without well-defined federal safety regulations, automakers and tech companies are left to make the final call on whether their technology is safe enough for the roads, and not all companies have the same standards.

There's a lack of clear responsibility

Another problem facing automakers and technology companies building this tech is that there's no clear standard for who is responsible when a driverless car crashes. Consider the fatal 2016 crash involving a Tesla (NASDAQ:TSLA) Model S and a semitruck. The car was in Tesla's driver assistance mode, which the company calls Autopilot, and technology on the vehicle failed to recognize a semitruck as it crossed into the path of the Model S. Additionally, the driver ignored warnings from the vehicle to take control of the vehicle before the crash.

Following the crash, a key supplier of some semiautonomous technology for early versions of Autopilot, Mobileye, ended its partnership with Tesla. Neither company publicly blamed the other for the crash, but Tesla CEO Elon Musk made comments that weren't complimentary to Mobileye following the accident.

"Mobileye's ability to evolve its technology is unfortunately negatively affected by having to support hundreds of models from legacy auto companies, resulting in a very high engineering drag coefficient," Musk said.

Similarly, Mobileye said that it cut ties with Tesla following the crash because the automaker was "pushing the envelope in terms of safety."

This was just one incident involving two companies that parted ways following a semiautonomous-vehicle crash, but we're likely to see more instances like this as more of these vehicles come onto the road. 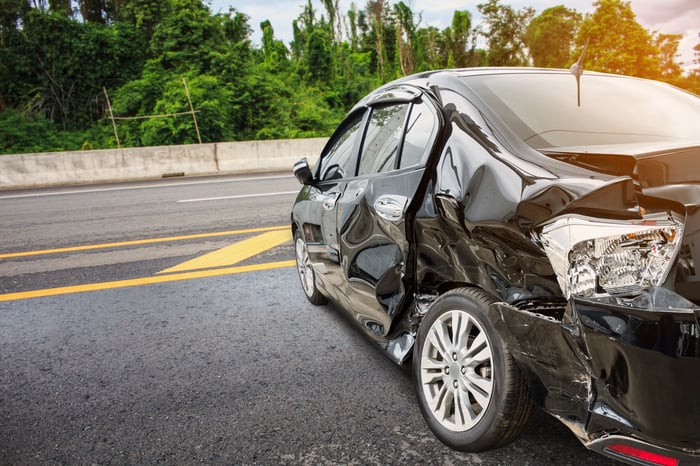 A car that's been in an accident. Image source: Getty Images.

The public is still very skeptical

A survey released early this year showed that a whopping 64% of Americans are skeptical about being on the road with fully self-driving vehicles. The Advocates for Highway and Auto Safety survey found that 31% of drivers were "very concerned" about sharing the road with self-driving tech and 33% were at least "somewhat concerned."

It's worth pointing out that these opinions might easily be changed as semiautonomous and fully autonomous vehicles become more prevalent. For example, Alphabet's (NASDAQ:GOOG) (NASDAQ:GOOGL) Waymo is conducting extensive driverless-vehicle tests with members of the public in Arizona that help the company not only to improve its driverless-car tech, but also to get people to trust it.

Earning public trust has been a top priority for Ford (NYSE:F) as well. Sherif Marakby, the CEO of Ford Autonomous Vehicles LLC, a subsidiary of Ford, wrote to the U.S. Department of Transportation: "[D]eveloping self-driving vehicles is not simply about the technology -- it is about earning the trust of our customers and of those cities and businesses that will ultimately use it."

Ford is developing its own self-driving technology that it plans to release in 2021 and has been outspoken about taking a slow and steady approach to this tech to make it safe for consumers.

Driverless cars will need to constantly know where they are and what their surroundings are. To do this, they'll have to connect to cloud-based servers for mapping and decision-making processes, so they'll generate and collect data on a much grander scale than vehicles do now. The market for vehicle data monetization hit just $2 billion in 2017, but it's expected to skyrocket to $33 billion in 2025.

Vehicle data collection is already raising concerns among privacy advocates; a recent paper published by Des Butler, a law professor at Queensland University of Technology in Australia, said that this data will be a "gold mine" for companies looking to turn drivers and riders into customers. "These vehicles will know where you like to frequent, which businesses, and may very well build a profile of you," Butler told The Guardian recently.

Some advertisers have already sought out data that automakers collect from their vehicles. Back in 2015 BMW (OTC:BAMXF) board member Ian Robertson told The Financial Times: "There's plenty of people out there saying: 'Give us all the data you've got and we can tell you what we can do with it.'" Robertson said that BMW declined those offers at the time. But in the U.S., just as with driverless-car safety regulations, there are no clear laws about personal data protection that are specific to autonomous vehicles.

All of this means that in the coming years Americans may inadvertently hand over more information to companies than ever before -- possibly without even realizing they're doing it. The vehicles could become targets for hackers

Of course, the more automakers integrate self-driving technologies into their vehicles, the more control hackers could have over a vehicle once they gain access to it. A group of researchers proved this a couple of years ago when they wirelessly hacked into a Jeep Cherokee and showed they could control the vehicle's steering, transmission, and braking.

Shortly after the results were published on Wired's website, Fiat Chrysler (NYSE:FCAU) released a formal recall and sent owners a USB drive with a software update to protect their vehicles.

One of the benefits of driverless-car safety technology will be that vehicles will be able to communicate with each other and even with the infrastructure around them (like traffic lights and buildings). But some safety experts are concerned that adding so many points of connectivity will make driverless cars extremely vulnerable to hacking and software glitches.

"All these connections increase the risk of hacking, just because there are many more entry points for hackers to exploit. It will also increase the risk that a coding bug could cause widespread damage, because an issue in one car could involve accidents with other cars that are communicating with that vehicle," Phil Yannella, a partner in Ballard Spahr's Privacy and Data Security Group, recently told Reuters in a podcast.

While some tech companies like Alphabet have had to deal with hacking issues for years, automakers may not be as adept in fending off attacks. It's still too early to tell just how vulnerable autonomous vehicles might be, but based on the Jeep example and the increasing connectivity in self-driving cars, this problem will need to be solved before these vehicles become widely used.

While it's beneficial to understand some of the potential problems facing driverless cars, it's still not worth worrying about all of these issues just yet. We're still a decade or two away from autonomous vehicles being all around us, which means there's time to find solutions to all of the problems listed above.

But keep in mind that companies betting on driverless-vehicle technologies and services are likely to run into at least a few of these problems. None of them will prevent driverless cars from becoming a major part of transportation services in the coming years, but they could certainly slow down their progress.

That's why it's good for investors to consider driverless-car companies that are playing the long game in this industry. Alphabet's Waymo not only has more autonomous-vehicle experience than other automakers and tech companies, it's also wisely working with the public sector, introducing its technology to the public, and conducting extensive tests with its vehicles to ensure that they're safe. All of that doesn't mean Alphabet is immune to these problems, but if there's a company likely to overcome these hurdles, Alphabet is it.