These three stocks could deliver big performance for your portfolio.

With recent turbulence hitting the market and lingering questions about whether more sell-offs are on the near horizon, it's not unreasonable to take a more cautious approach to stocks with heavily growth-dependent valuations. On the other hand, completely writing off growth stocks on the heels of the recent correction could cause you to miss out on worthwhile investment opportunities.

There are great companies at early stages of their trajectories that will go on to be big winners regardless of market swings, so we assembled a panel of three Motley Fool contributors and asked each to profile a company that still has lots of growth ahead. Read on to see why they think Wayfair (W), Skechers (SKX), and iQiyi (IQ) have what it takes to deliver for long-term shareholders. 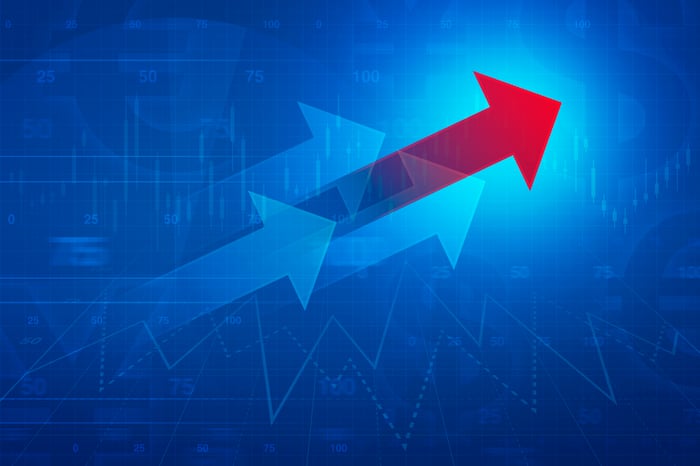 Furnishings for the masses

Demitri Kalogeropoulos (Wayfair): E-commerce specialist Wayfair has boosted sales by 40% or more in three of its last four quarterly outings. Recently, the home furnishings company passed 12 million active customers, and that base is becoming more loyal. In fact, repeat orders last quarter reached 4.3 million, or 66% of all sales, compared to 62% a year earlier.

Impressive metrics like these have provided the funds, and the motivation, for Wayfair's management to get more aggressive when it comes to growth. It's building out an improved shipping infrastructure in the core U.S. market, which is helping reduce shipping times while boosting customer satisfaction.

Meanwhile, Wayfair is busy expanding into major international markets so that it can achieve scale in the fragmented global market for home furnishings products. Finally, the retailer is expanding its software developer head count to support the improvements it's adding to the online shopping experience, including stronger recommendation engines and better visualization options.

That spending is ensuring that the company will post a significant net loss in 2018, just as it has in each of the last five fiscal years. But its core business looks strong and it's hard to fault Wayfair for investing aggressively in areas that contribute to its growing competitive advantage.

Tim Green (Skechers): Holding Skechers stock this year has been painful. Shares of the footwear company tumbled in April and again in July when quarterly results fell short of expectations. Investors didn't like slowing revenue growth and lackluster earnings. The stock is down about 22% year to date.

While Skechers' growth rate may be more muted going forward, the company has a lot of opportunity ahead of it. Skechers has been investing in its international and direct-to-consumer businesses, ramping up its spending to support future growth. This spending has hurt the bottom line in the near term, but it has positioned the company to continue to grow in the long term.

There were some signs in Skechers' third-quarter report that earnings are starting to recover. Operating profit edged up 6.4%, buoyed by a solid 7.5% sales increase and a slightly higher gross margin. Earnings per share dipped by a penny to $0.58, but a higher tax rate was to blame. Operating costs are still rising, but not much faster than revenue.

The market seems to be ignoring Skechers' long-term growth potential. After backing out the $800 million of net cash the company has accumulated, Skechers stock trades for just about 13 times the average analyst estimate for 2018 earnings. With the potential for earnings to grow faster than revenue as the company's growth investments pay off, Skechers stock could soar in the coming years.

Keith Noonan (iQiyi): With streaming gaining ground as the preferred method for video and multimedia entertainment distribution and strong growth for China's middle class rising, iQiyi operates at the intersection of some powerful tailwinds. The company is sometimes referred to as "the Netflix of China," a description that oversimplifies the business' market position and opportunities -- but one that gives a basic idea of what it does. A subsidiary of Chinese search giant Baidu, iQiyi's core business is distributing original and licensed content through its streaming platform and it offers both an ad-supported free membership and a subscription-based membership.

iQiyi's strong content lineup and membership perks are helping it grow its paid user count at a rapid clip, and should help it continue to transition to a more subscription-focused business. The company's paid subscriber count doubled year over year last quarter to reach 81 million and was up from just 5 million in May 2015. These additions helped propel member services revenue up 78% year over year and helped push overall revenue up 48% compared to the prior-year period.

Maintaining subscriber momentum has required ramping up spending. Rising content costs caused the company's net loss to nearly triple compared to the prior-year quarter, reaching $457.3 million million last quarter, but the company is still just scratching the surface of what it can do with pricing increases and opportunities in fields like video games, merchandise, and licensing its original content to providers in other markets. As the Chinese middle class continues to see increased discretionary spending power, iQiyi will have the opportunity to shift some focus from growing paid subscribers to increasing its average revenue per user and better monetizing its large user base.