Broader markets continued the rally that began Monday, and Morgan Stanley chief U.S. equity strategist Mike Wilson said in a note to investors that he believes the worst of the market turmoil is behind us, "making the risk/reward more attractive today than it's been in years." It appears many investors are buying into Wilson's belief, and that has especially boosted entertainment stocks after they were clobbered over the past month. 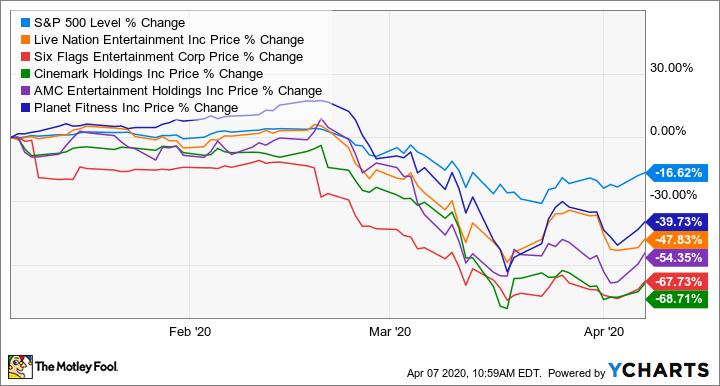 Despite grim figures from New York, there are signs the curve could be flattening in the city. That notion, combined with Italy, Spain, and France all reporting a deceleration in deaths from COVID-19 on Monday, could have investors optimistic the world will return to a more normal state in the coming months.

If that does happen, Cinemark and AMC Entertainment might reopen their theaters for the traditional blockbuster summer movie season. AMC CEO Adam Aron hopes customers can return by mid-June, and analysts at B. Riley even upgraded Cinemark to a buy and noted the company should be able to "control cash flow and get through this shutdown period without any adverse liquidity events." 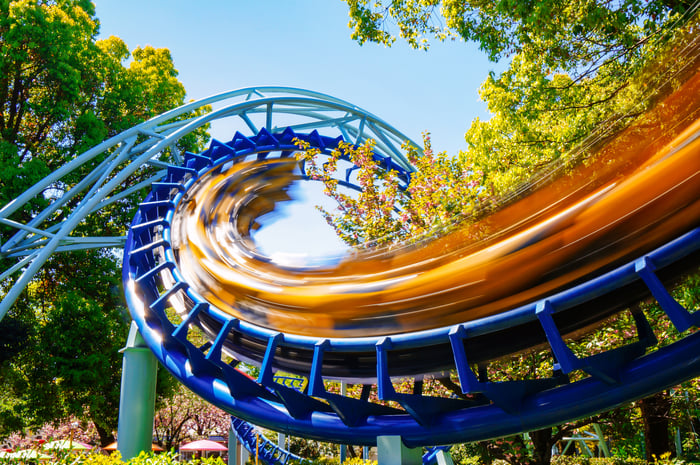 Six Flags and other theme park stocks jumped Tuesday morning after National Economic Council director Larry Kudlow suggested stay-at-home orders could be lifted in four to eight weeks. That would be just in time to help Six Flags survive after a spring without rides, especially after Wedbush Securities analysts noted the company could risk covenant breaches if its doors remained closed too far into June.

Live Nation Entertainment also stands to benefit from investor optimism that we soon won't be required to practice social distancing, since the company's business involves concerts and other events, from clubs to stadiums.

Investors also have reason to be optimistic about a Planet Fitness rebound as demand for gyms should increase after stay-at-home orders are lifted. Furthermore, Planet Fitness took steps to draw down $75 million from its revolving credit facility, and management believes it has enough liquidity to carry the company even if clubs remain closed for the remainder of 2020.

It's just as important for investors to be diligent when markets rebound as it is for investors to remain calm when stocks plunge. While history has proved that broader markets will recover from events such as the COVID-19 pandemic, not all companies have the liquidity to survive the near-term pain. If you're willing to take on risk and invest in oversold companies, make sure to look at the balance sheet for strong liquidity and upcoming debt payments, and to see if the companies' long-term growth story remains unblemished.