Detroit has never before had a month quite like last month.

Shares of the three Detroit automakers fell sharply in March, according to data provided by S&P Global Market Intelligence. All were hit hard by the drastic effects of the coronavirus pandemic on their industry.

March was a month unique in the auto industry's long history. Never before have all three of the Detroit auto giants shut down all of their North American factories at the same time, as FCA, Ford, and GM (and others) did in mid-March as part of broad efforts to help slow the spread of the COVID-19 virus. 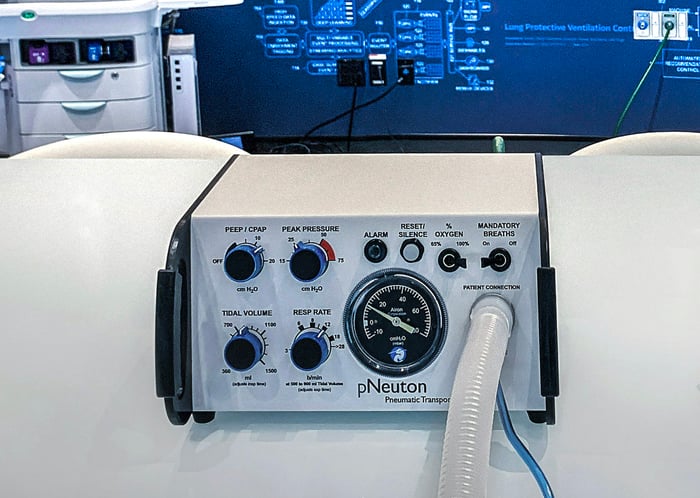 Ford has teamed up with General Electric to manufacture this hospital ventilator; it plans to ship 50,000 of the machines by early July. Image source: Ford Motor Company.

Because automakers record revenue when vehicles are shipped to dealers, the decision to suspend production also meant abruptly suspending a large portion of their revenue -- meaning all three companies had to move immediately into cash-preservation mode.

While all three companies have hefty cash reserves, auto investors didn't like the implications. 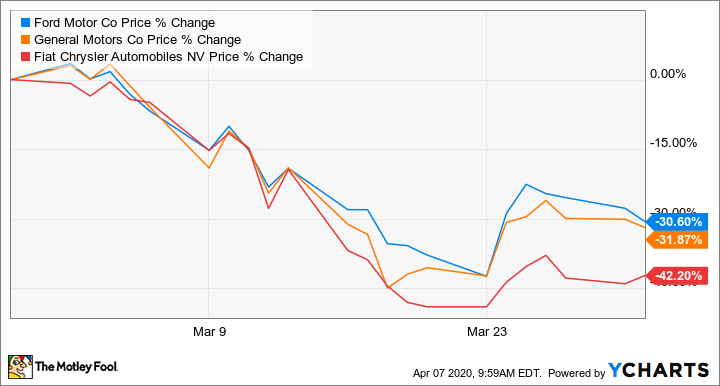 Fiat Chrysler was already dealing with the coronavirus' effects on its business when March began -- in Italy, where the outbreak has been severe. Northern Italy, where FCA has several factories, has been hit especially hard, and the company was forced to halt production there (and shortly thereafter, throughout Europe) early in the month.

Ford also halted its production in Europe early in March as supply lines started to falter, and then in several other factories around the world as well. To conserve cash, Ford suspended its dividend, drew down its credit lines, and cut salaries (but not jobs). The moves cost Ford its hard-won investment-grade credit rating for the time being, but the increased liquidity should help Ford keep its future-product programs going through the shutdown period. GM's month unfolded much like Ford's, with factory shutdowns and moves to conserve cash. But there were two significant differences. First, unlike Ford, GM hasn't (yet) suspended its dividend. Second, GM has maintained its investment-grade credit rating, though Moody's and Standard & Poor's both said in late March that GM's rating is under review.

With factories and many dealers shut down, April is expected to be a very tough month for the automakers. The good news is that we won't have to wait long to get detailed updates from the three CEOs and their teams. FCA and GM will report their first-quarter earnings results before the market opens on May 5; Ford will report a bit earlier, after the market closes on April 28.