Please ensure Javascript is enabled for purposes of website accessibility
Log In Help Join The Motley Fool
Free Article Join Over 1 Million Premium Members And Get More In-Depth Stock Guidance and Research
By James Brumley - Updated Apr 20, 2020 at 8:26AM

The company is counting on brand power and bundling gimmicks in a world that's less and less interested in either.

Anyone reading this already likely knows telco name AT&T (T 0.66%) has struggled on the television front. The timing of its 2015 acquisition of DirecTV couldn't have been any unluckier, getting the company into the TV business right as the cord-cutting movement began.

Several attempts at a streaming service -- first under the DirecTV brand and then rebranded as an AT&T product -- have fizzled, and while it's finally leveraging last year's WarnerMedia deal into a new streaming product called HBO Max, investors are nervous. At $14.99 per month, the service (when it launches in May) will be the highest-priced non-live streaming service available. It's a big gamble in an industry that's quickly turning into a commodity business.

And there's the rub -- one of them anyway. AT&T remains relatively tone-deaf on the pricing front.

The other rub? Packaging. There are simply too many ways to plug into AT&T's several television services, some free, and some not. Consumers are getting confused. 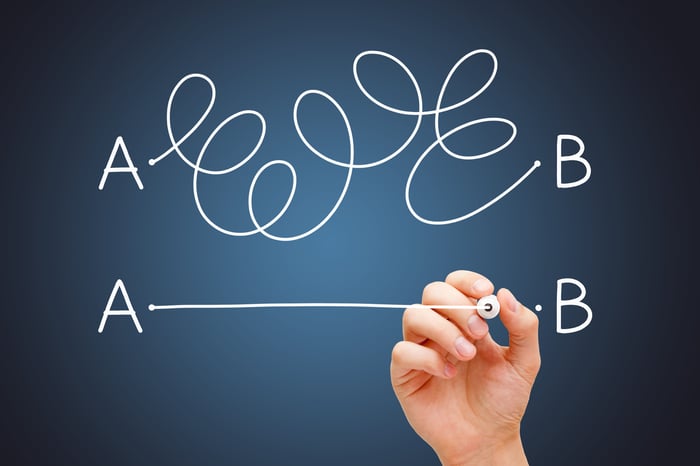 Good news for most current HBO Now (WarnerMedia's streaming version of HBO) subscribers interested in seeing what HBO Max is all about: you'll be upgraded for free, provided you presently pay HBO directly. Everyone else will have to pony up the aforementioned $14.99 per month.

New customers of AT&T TV will also gain free access to HBO for a year -- as well as new DirecTV customers -- which presumably qualifies them for one year of free HBO Max. Charter's (CHTR 2.36%) cable customers will enjoy HBO Max as well if they're already HBO customers through Charter's Spectrum.

Streaming service HBO Now (not to be confused with HBO Go) is another option, purchased a la carte at a price of $14.99 per month as well. Once HBO Max debuts, HBO Now subscribers will effectively become HBO Max customers. HBO Go is essentially a free version of HBO Now, but only accessible to cable customers who also subscribe to regular HBO through a traditional cable provider. Spectrum customers, of course, won't need it.

And that's just the HBO franchise. Consumers looking for something a little wider in scope can sign up for AT&T TV, AT&T TV Now, or AT&T Watch TV. Those are the company's (respectively) cable TV equivalent, a combination of live and on-demand television that costs $55 per month, and a skinny cable bundle that sells for $15 per month. The basic version of AT&T TV Now no longer includes HBO, but for an extra $10 per month, customers can add it on.

There's an ad-supported version of HBO Max in the works too. No word yet on how it will be priced, though it could be free and/or bundled with AT&T TV.

That was an admittedly tedious (and somewhat exhausting) exercise. But, that's the point. AT&T may be confusing consumers with its "throw spaghetti on the wall and see what sticks" approach to streaming. It's hardly the only prospective misstep AT&T is taking with its television business, however. Pricing itself may also be problematic.

The free access to AT&T Watch TV or any one of HBO's derivatives isn't actually free. Someone, somehow is paying for it. The company likely offered Charter wholesale-like pricing, and AT&T Unlimited Elite wireless customers are paying $50 per month for access to wireless and video services that cost money to support. The company may well reach its goal of 50 million HBO Max subscribers by 2024, but that doesn't necessarily translate into 50 million subscribers' worth of additional revenue.

Perhaps worse, when the word "free" becomes part of the equation, it can cheapen the perceived value of the service to those who might otherwise be willing to pay a premium.

To that end, the price of HBO Max itself is another potential tripwire. One streaming service has to be the most expensive one, but AT&T is launching HBO Max after rivals have already established themselves.

Netflix (NFLX 1.57%) is the market leader, with a lower starting price point. Walt Disney (DIS 2.48%) has seen a great early start with Disney+, which only costs $6.99 per month. Subscribers can use Disney+, ESPN+, and Hulu combined for only $12.99 per month. In the meantime, entirely free, ad-supported streaming services like Tubi and Pluto TV are catching on quick. Tubi said in February -- before millions of people were trapped at home by COVID-19 and before it was acquired by Fox Corp. (FOX -0.03%) (FOXA -0.03%) -- it had already garnered 25 million regular viewers.

Sure, AT&T has the option of bundling HBO/WarnerMedia content and AT&T's telecom offerings in a variety of ways. Just as a reminder though, the whole point of the DirecTV acquisition was to cross-sell and co-promote the company's different services. It hasn't helped. AT&T has been steadily losing DirecTV customers since 2016, and it's been bleeding streaming customers since 2018 despite the promotion of package deals. Consumers just aren't into the bundle anymore. 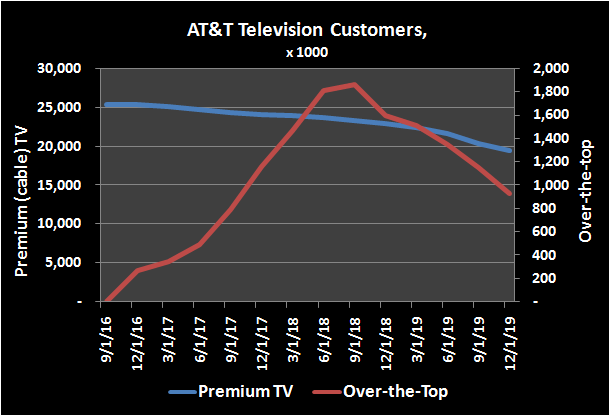 So what are the two simple details AT&T has to get right on the television front? Boiled down to their simplest form, pricing and packaging.

HBO Max may well end up being the highest quality on-demand service in the world. If consumers can't perceive that value in the midst of what's become a very crowded and competitive arena though, that quality is going to be irrelevant. Offering television choices in a confusing labyrinth of ways only further frustrates prospective customers.