The president wanted that tax break included in Congress's next big COVID-19 relief package, but the drawbacks would outweigh the benefits.

The COVID-19 pandemic has dominated American life since March, and it's clear that, as President Trump recently admitted, the U.S. outbreak is going to get worse before things start to get better. And as the country grapples with the brutal recession the coronavirus has caused, lawmakers are convening this week on Capitol Hill to discuss another major relief package -- one that could include provisions such as direct stimulus payments to a majority of Americans and boosted unemployment benefits to the tens of millions who have lost their jobs so far this year.

Recently, Trump has made it clear that he wants a payroll tax break to be included in whatever stimulus deal Congress arrives at. His premise is that eliminating payroll taxes for the rest of the year would put money straight into working Americans' pockets, which they could pump into an economy that's in dire need of more consumer spending. A payroll tax holiday would benefit employers as well, he asserts, and perhaps prevent further layoffs -- a worthy goal at a time when unemployment is still at historically high levels.

But the Republican lawmakers who control the U.S. Senate clearly did not agree with him. They've left a payroll tax cut out of their COVID-19 relief proposal. Here are some of the reasons why it was never really a wise idea to begin with. 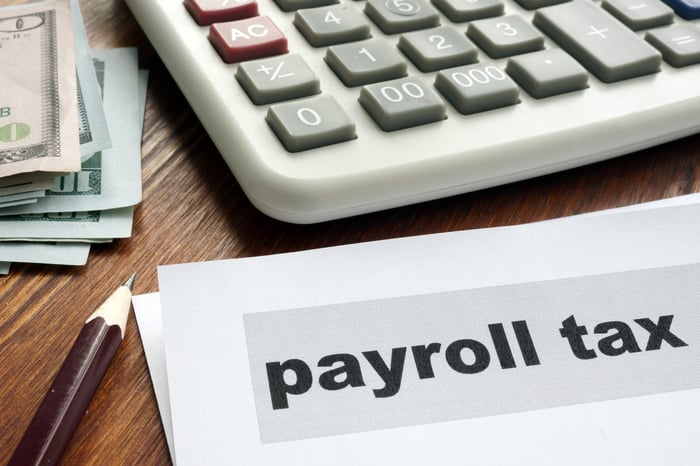 1. A payroll tax cut would mostly benefit the wealthy

With a complete payroll tax cut -- meaning, no Social Security or Medicare taxes taken out of paychecks at all -- 64% of the benefit would be reaped by the country's wealthiest 20%, according to the Institute on Taxation and Economic Policy.

2. It wouldn't help the tens of millions of Americans who are unemployed

Though unemployment benefits are taxable, they're not subject to payroll taxes. As such, a payroll tax holiday would not in any way benefit those of Americans who are unemployed. Nor would it help those who risk losing their jobs in the coming weeks as governments in some of the many states where new COVID-19 cases have skyrocketed reimpose restrictions in an attempt to stem their outbreaks.

Social Security gets the vast bulk of its revenue from payroll taxes, and even before COVID-19, the retirement program was facing a funding shortfall. In the coming years, it will pay out more in benefits than it takes in from taxes, and that imbalance is projected to grow, leading to the complete depletion of its Trust Funds by 2035.

If Congress doesn't act to shore up the program's finances before that happens, Social Security benefit cuts will be almost inevitable. But a payroll tax cut for the rest of this year would force the program to dig into those reserves sooner, meaning they would run out faster, setting seniors up for trouble down the road.

The idea of payroll tax holiday made a certain amount of sense from some perspectives -- there's no arguing that. But it's not the best tool to use in combating the specific financial crises the country and its people face now. Apparently, a majority of Republican senators recognize that. As such, they're moving forward with crafting a stimulus package for congressional consideration that focuses on other forms of relief.