Please ensure Javascript is enabled for purposes of website accessibility
Log In Help Join The Motley Fool
Free Article Join Over 1 Million Premium Members And Get More In-Depth Stock Guidance and Research
By Lou Whiteman, Rich Smith, and John Rosevear - Mar 6, 2021 at 7:00AM

Here's who benefits when the lockdowns and quarantines are finally behind us.

The White House delivered good news to a pandemic-fatigued public this week, moving up the timeline for vaccine distribution.

President Joe Biden said there should be enough vaccine supply for every American adult to get a jab by the end of May. That's two months ahead of previous estimates.

We're not there yet, but if the new estimate is correct, the U.S. could begin to normalize by the end of spring. That should provide a jolt to the economy, and could provide fuel to push stocks higher. 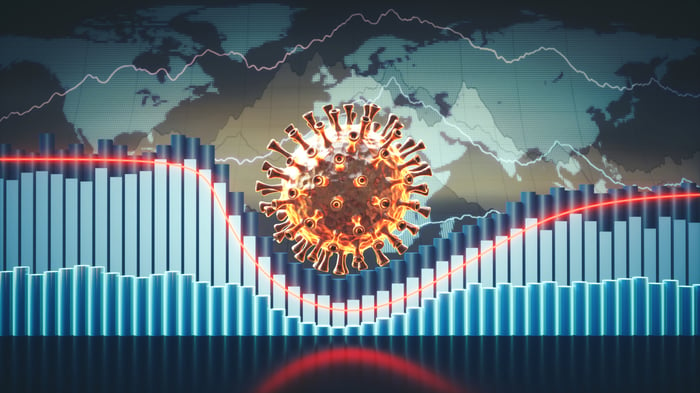 This airline will be among the first to recover

Lou Whiteman (Spirit Airlines): Discounter Spirit Airlines has spent most of its existence as the target of jokes from late night comedians over its nickel-and-diming fees for basic airline amenities like onboard beverages. But the business model has proven to be effective at courting price-sensitive travelers, especially leisure travelers, who prefer a rock-bottom ticket price even it means a lack of perks.

Spirit also has some of the industry's lowest costs, lower than even discount king Southwest Airlines (LUV -2.11%). That means it can better afford to use low prices to lure travelers back post-pandemic.

If Biden is correct and the vaccine is widely available by the end of May, that means a lot of people will be free to travel this summer. Spirit is the perfect airline to take advantage of a summer surge in demand.

For one, Spirit has long courted vacation and leisure travelers and has a route network focused on tourist destinations across the Sunbelt and the Caribbean. While some larger airlines traditionally count on business travelers and international fares, two segments of the market likely to recover much slower, for profits, Spirit knows how to cater to the people most likely to be buying tickets.

Spirit also has a simplified business model, which should allow it to quickly ramp up operations without a lot of added expenses. At a time when some airlines are considering furloughs, Spirit is looking to hire pilots and flight attendants.

Shares of Spirit lost nearly 80% of their value in the early days of the pandemic, but are now only off 10% from the beginning of 2020. They aren't the bargain that they used to be, but Spirit is set up well to take advantage of a summer travel boom and be one of the first airlines to get back to normal. It's going to be a busy summer for Spirit Airlines.

John Rosevear (Ford Motor Company): Auto sales tend to rise early in most economic recoveries, for a simple reason: People and businesses tend to postpone vehicle purchases when times are tough. And when that happens, the automakers with the freshest products tend to see the biggest bounce in both sales and profits.

The post-COVID recovery won't be quite the same as a post-recession economic recovery, but I think there will be some parallels -- and I think it's enough of a parallel to warrant a closer look at Ford right now.

Ford has said that it plans to make 50,000 Mustang Mach-Es this year. So far, they're selling as quickly as Ford can deliver them. Image source: Ford Motor Company.

Why? Because Ford has fresh editions of some of its most important products in showrooms now, with more due later this year. Consider:

These are all big-buzz, big-profit products. They're all new, and they'll all be waiting at Ford dealers around the country once people feel free to go out and spend again.

And as for the stock itself, it's still trading at just 10.6 times expected 2021 earnings -- just about right to benefit as investors turn away from overblown electric-vehicle stocks in favor of real value. You might have to be a bit patient, but Ford's stock looks ready for a nice bounce as the U.S. economy gets back to normal.

The pandemic's almost over! Who wants pancakes?

Rich Smith (Dine Brands Global): So here's the problem with picking a stock that will make for a good investment after the U.S. begins its post-pandemic reopening spending boom. The way I see it, you can probably pick either of two kinds of stock:

The first kind of stock is tough to value because its trailing-12-month (TTM) numbers will be irrelevant to the next 12 months post-coronavirus.

The second kind of stock can probably be valued more accurately because the next 12 months will bear some passing resemblance to the last 12.

Today, I'll suggest a hybrid approach, using Dine Brands Global stock -- owner of Applebee's and IHOP -- as my guinea pig. Valued the first way, Dine Brands looks like a bargain. It costs $81 a share today, up nearly five times off its pandemic low of last March, but still less than it cost back before COVID-19 upset the applecart. At $1.3 billion in market cap, Dine costs just 12.5 times what it earned in 2019, and less than 10 times its 2019 free cash flow.

Once things open up again, I expect we'll see a mass return of people eating out -- and particularly so at breakfast joints like IHOP, which makes up the majority of Dine Brands restaurants. That's my bull scenario.

In a less bullish scenario, where we just project improvement on 2020 numbers, Dine Brands did $85 million in positive free cash flow during the pandemic, such that even valued by TTM, the stock's not exorbitantly expensive at 15.6 times FCF. If business improves in 2021 (as analysts think it will -- they're projecting nearly 100% growth in FCF this year), then Dine Brands' 2021 P/FCF ratio could drop as low as nine times.

Them's some cheap eats -- and I think cheap enough to put Dine Brands stock on the menu.