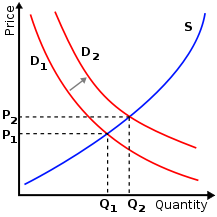 "Economics is extremely useful as a form of employment for economists." --John Kenneth Galbraith

Economics is a vast and growing field and beyond providing employment for economists, it's useful to investors in a number of important ways:

Macroeconomics
Macroeconomics is the branch of economics that pertains to the structure and behavior of the aggregate economy (at the regional, national or global level), rather than specific industries or individual firms. Macroeconomists are concerned with the performance and inter-relationships between broad phenomena including economic growth, inflation and unemployment.

The amount of attention that is devoted to macroeconomics in the financial media and the financial services industry would suggest that it is of critical importance to investment performance.

Not so. While economic news and data may be critical to traders, it is much less relevant to long-term, business-focused investors. In the words of legendary money manager Peter Lynch: "I've always said if you spend 13 minutes a year on economics, you've wasted 10 minutes."

Nevertheless, businesses don't operate in a vacuum, so it generally useful for investors to have some idea of the functioning and state of the economy.

Microeconomics
Microeconomics, which analyzes the decision-making of firms and individuals is a lot more relevant to investing than macroeconomics: After all, when you purchase a stock you become part-owner of an individual business. Assuming you paid a fair price for the stock and the economic and regulatory environments in which it operates are relatively stable, it's the economics of that business that will drive the stock's long-term performance.

Furthermore, the notion of competitive advantage, which is arguably the single most important concept in business-focused investing, emerged from Professor Michael Porter's early work "utilizing economic theory to develop a more rigorous understanding of industry competition and the choices companies make to compete."

As billionaire investor Warren Buffett wrote in his 2007 letter to Berkshire Hathaway shareholders:  "A truly great business must have an enduring "moat" that protects excellent returns on invested capital. The dynamics of capitalism guarantee that competitors will repeatedly assault any business "castle" that is earning high returns. [...] Long-term competitive advantage in a stable industry is what we seek in a business."

Consider further the microeconomic concepts of monopoly and oligopoly. A firm that has a monopoly doesn't set its prices in the same way as one that operates in a highly competitive market! Ideally, investors ought to seek out businesses that are as close to a legal monopoly as possible due to an overwhelming competitive advantage. Those firms have pricing power that enables them to earn superior returns on invested capital.

Instead of building a theoretical model in which individuals and companies are assumed to always act rationally – a foundational assumption in standard economic analysis -- Kahneman and Tversky started with some basic observations regarding the way people behave in the real world.

When it comes to making economic decisions in the face of uncertainty (which is the essence of stock investing), we are everyday subject to numerous cognitive and psychological biases that lead to less-than-optimal decisions.

Being able to identify such biases is enormously useful to a stockpicker: First, in order to avoid or minimize them in one's own decision-making, and, second, to spot them in the collective behavior of other investors, where they are a source of opportunity.

As Legg Mason fund manager Bill Miller wrote to his investors: "Those [the panoply of social psychological cognitive errors identified by the behavioral finance researchers] are the source of the only enduring anomalies in an otherwise very efficient market, since they cannot be arbitraged away."