What Is a Mother-in-Law Apartment?

A mother-in-law apartment can be a great use of space.

Multigenerational households, where older relatives live with their children and grandchildren, have become far more common in recent years. And children are living at home well into their 20s in greater numbers than in previous generations.

What is a mother-in-law apartment?

Potential uses of a mother-in-law apartment

A mother-in-law apartment can be an economical way to provide housing for an older relative, as opposed to buying a separate home or paying for a senior living facility. Plus, you'll have the peace of mind of knowing your loved one is nearby. About 64 million Americans live in multigenerational households, and a mother-in-law apartment can make it as comfortable as possible.

If you have older teenagers or college-age children who would benefit from additional privacy and space than a typical bedroom offers, a mother-in-law apartment can be a good alternative.

As mentioned, some homeowners build mother-in-law apartments for the specific purpose of renting them out. In many cases, the income generated by a one-bedroom accessory dwelling unit can be an excellent return on the money you spent building it. Many homeowners rent their accessory units on a part-time basis through platforms like Airbnb, and others lease theirs full time to tenants.

If you like having friends and family stay over, but don't want your kitchen and living areas to feel too cramped, a mother-in-law suite could be a smart choice. You can have guests and still have privacy.

With the skyrocketing cost of childcare in recent years, the live-in nanny has become a far more popular option for growing families. A mother-in-law suite can allow a live-in nanny to have their own living space while staying on the premises 24 hours a day.

While this isn't a great reason to get a mother-in-law apartment (it's probably much cheaper to simply build a shed), it's a common use. While my wife and I use ours primarily for guests who stay over, we also use the closet space in the suite to store things we otherwise don't have room for. And since our kids aren't allowed in, the bathroom closet in our in-law suite is an ideal place to store cleaning supplies for the entire home.

While building and permitting costs can vary significantly by location, adding a mother-in-law apartment to your home is likely to be quite a costly undertaking. If you're converting an existing space, like a basement, the cost can be much less than new construction, but you're still likely to spend $20,000 or more. A new detached structure can easily come with a price tag of $100,000 or more, so it's important to consider the high potential cost before considering this option.

You may run into issues involving your city's zoning laws or building codes, especially if you're planning to build a mother-in-law apartment that can be legally rented or one that isn't attached to the main home. If you live in a neighborhood with a homeowners association (HOA), you might not be allowed to add an accessory dwelling unit at all. (Note: This is why the mother-in-law suite in my home doesn't have a kitchen, which would make it a legally separate unit.)

This can be an especially large concern if you're planning to use your mother-in-law apartment as a rental unit. Be sure to let your insurance agent know as soon as possible about your plans, as your policy may need to be modified to reflect the additional square footage or the intended use of the new space.

If you're adding a mother-in-law apartment to an existing home (either attached or detached), keep in mind that you're going to be sacrificing some outdoor space to build it.

Will adding a mother-in-law apartment increase your home's value?

Generally speaking, a mother-in-law apartment will increase your home's value. If homes in your area have been selling for $150 per square foot and you add a 500-square-foot unit onto your home, you can expect the value of your home to increase by roughly $75,000.

Of course, this assumes the suite is an addition and not just repurposing existing space, although the latter is likely to result in some increase in value as well. However, there are many homebuyers who want self-contained living spaces for older children or aging relatives, so a mother-in-law apartment can not only add value but also make your home desirable to an entirely new group of buyers.

Having said that, the question of whether it will add value is different than whether it will add enough value to justify the cost. An experienced real estate professional in your area could help you determine the likely value gain from adding a mother-in-law apartment. Then you can compare that estimate with the cost of construction to determine if it makes sense for you.

In most cases, it doesn't make sense to add a mother-in-law apartment for value-adding purposes alone -- any addition to your home's value should be secondary to having an actual need for the additional unit.

Should you have a mother-in-law apartment?

If you have an aging relative who needs a place to live, an older child who needs privacy, or frequent guests who warrant a dedicated space, adding a mother-in-law apartment or buying a house that already has one can be an excellent solution. Like with any home construction decision, however, it's important to weigh the benefits and the drawbacks before deciding what's best for you. 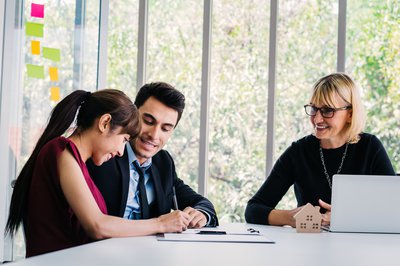 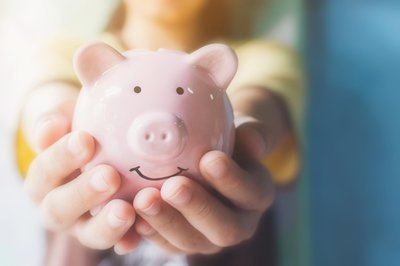 How to Make 10% ROI With Your Investment Property