Broadway Will Stay Dark Through at Least May 2021. How Will That Impact Manhattan Landlords?

Broadway fans hoping to see the lights on in Midtown Manhattan theaters will need to sit tight and keep waiting. Broadway shows will not resume until at least late May 2021, according to the Broadway League, which represents producers.

But that's not just bad news for theater buffs; it's bad for a city where vacancy rates are soaring and landlords are growing increasingly desperate.

When the coronavirus pandemic first emerged as a major U.S. threat, New York City was flagged as its epicenter. The densely populated city was a prime target for an outbreak. With millions of people traveling in cramped subway cars, crowding into busy office buildings, and packing restaurants on a regular basis, it's not shocking COVID-19 spread like wildfire before lockdown orders and social distancing mandates went into effect.

In fact, when the pandemic first exploded in Manhattan, Broadway made the decision to pull the plug on performance in an effort to ensure both guest and performer safety. And the fact it plans to stay closed well into 2021 isn't surprising, especially given restrictions that continue to impact New York City.

But still, this news comes at a very bad time. In August 2020, the vacancy rate for Manhattan apartments was above 5%. By comparison, it was under 2% a year prior. Landlords are having so much trouble filling Manhattan apartments that they're offering free rent to entice tenants. But an extended Broadway closure only drives home a very sobering point: It will be a long time until Manhattan becomes an appealing city to reside in once more.

In the months since the coronavirus outbreak first hit, many Manhattan residents have abandoned the city and moved to nearby suburbs to enjoy what could potentially be a lot more space for a lot less money. And the longer the city remains largely shut down, the more people are likely to follow suit.

Right now, it's easy to make the argument there's little to gain by paying a premium for a Manhattan apartment (unless possibly, if you're an investor). Proximity to work is no longer the draw it once was, what with many companies sticking with a remote setup for the foreseeable future. And given the absence of Manhattan nightlife, Broadway included, being holed up in a tiny apartment for several thousand dollars a month just doesn't have the lure it once did.

Of course, an extended Broadway closure isn't just bad for Manhattan landlords; it's also a problem for Manhattan hotels, which have seen a steep decline in tourism since the pandemic began. While Broadway isn't the only reason people flock to Manhattan for vacation, it is a major draw -- and one now off the table for many months, if not longer.

While a lack of Broadway theater certainly isn't the sole factor to blame for Manhattan's vacancy rate and the aforementioned mass exodus from the city, the fact theaters will be closed through late May isn't helping matters. If anything, it's just yet another harsh blow for a city that's already been beaten down. 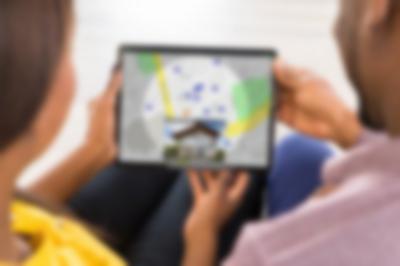