It's a shorthand estimate to help you figure out how long it will take your invested cash to double.

The Rule of 72 is a straightforward calculation used by many in the finance industry to estimate how long it will take your money to double, based on the rate of return you earn on it. To use it, simply divide 72 by the rate of return you expect to earn on your investment. The result is an estimate of the number of years until that money will be twice the size of when you started with it.

While not perfect, it is math that many people are able to actually do in their heads, particularly with the typical rates of returns found in investing. For instance, if you expect to earn 9% annual returns on your money, the Rule of 72 would indicate it would take around eight years for your money to double (72 / 9 = 8). In reality, it would take just over eight years for your money to double -- around 8.04 years, to be exact -- making the Rule of 72 a close-enough estimate to at least hold a discussion. 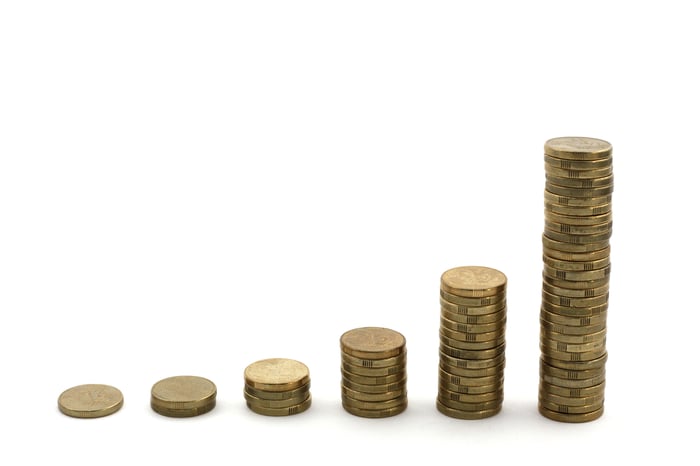 How to put the Rule of 72 to use for you

Once you know how long it takes your money to double, you can use that to figure out how many times your invested money can potentially double until you need to spend it. For instance, say you're saving for retirement and you expect to retire in around 24 years. If you earn 9% annual returns on your money, the Rule of 72 would estimate that your money would double three times before you need to tap it to cover your costs: 72 / 9 = 8 years to double, 24 / 8 = 3 doubling periods.

As you can see, the more times your money doubles, the more each dollar you invest will be worth when you tap it to spend. The table below shows how many of those doubling cycles the Rule of 72 says your money will go through, based on how many years you can let it compound and what rate of return you earn along the way.

That table shows one of the most powerful reasons out there for starting to invest early in your career. If you are able to invest your money for 45 years and earn a 10% annual rate of return -- not that far out of line with the market's long-run average -- your money can double for you more than six times. That's enough to turn $1,000 into $64,000 . That would make a decent dent in the nest egg you'd need to comfortably retire, all from a one-time investment -- but it's only available to you if you start early.

Get many doubling cycles working for you 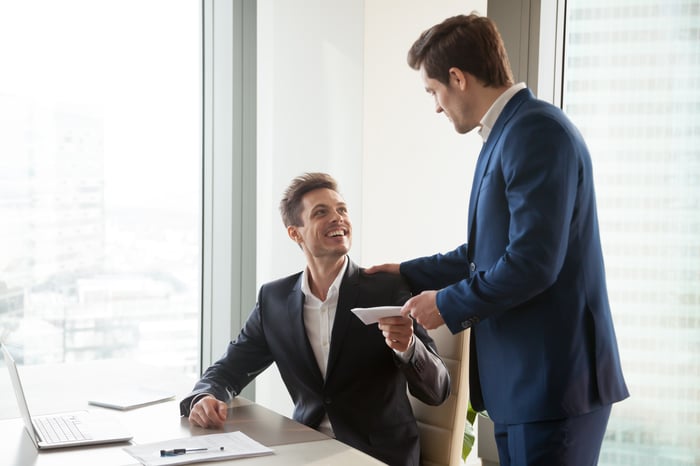 Of course, if you're like most of us, you get your investing money not in giant one-time wads of cash but, rather, a little bit at a time with each paycheck you earn. Every time you invest your money, that's another chunk of change that can potentially double for you about as many times as the Rule of 72 says you have time left until you spend it.

Particularly if you didn't start investing with your first paycheck and are closer to the bottom of that table than the top of it, every little bit you can sock away helps. Four investments that double twice are worth about as much to you as one investment of the same amount that doubles four times. No matter where you are on your investing journey, each investment you make from today on adds to the stash working to make your future that much more financially secure and comfortable.

So, get started now and let the Rule of 72 help you see how much each investment you make could grow for you between now and when you need it. You might be surprised at just how large your nest egg can get in the time you have left to build it.