The Dow Jones Industrial Average (DJINDICES:^DJI) is probably the one stock market indicator that most people can name right away. Dating to 1885, it's the second-oldest active market index, after sibling Dow Jones Transportation Average, and it's the most widely covered.

How many stocks are in the DJIA?

Today, there are 30 stocks that make up the Dow Jones Industrial Average. The total has grown over time: Initially, the index had just 12 components, representing the major public industrial companies of the day. Today, the 30 companies in the index cover all of the major sectors of the U.S. stock market except for transportation and utilities. One thing to remember: Despite its name, the DJIA hasn't been limited to traditional "industrial" companies for many years.

All of the companies in the DJIA are considered major players in their respective industries. Most are household names. 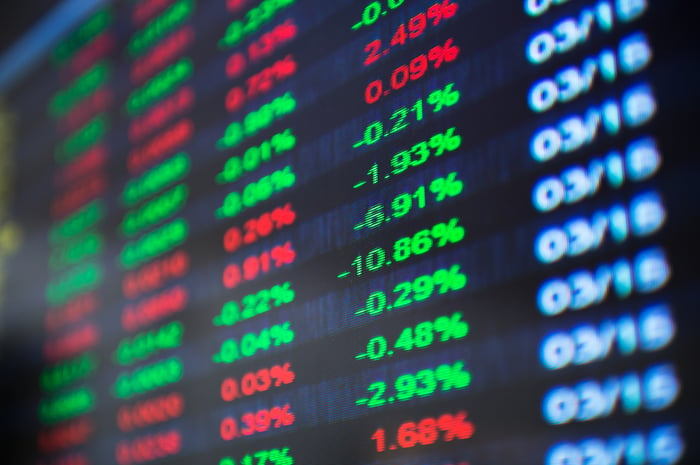 How is the DJIA calculated?

The Dow Jones Industrial Average is very different. The DJIA is a "price-weighted" index, meaning that the companies with higher stock prices have greater weight in the index's calculation. But the DJIA isn't just the sum of the stock prices of the 30 stocks: It's a scaled average, meaning that the index's value is adjusted to account for historic stock splits, dividends, and other changes to the individual stocks over time.

Are the DJIA stocks good investments?

Does being in the Dow Jones Industrial Average make a stock a good place to put your money? That depends on your perspective, and possibly on your investing goals. If you're looking for big, sturdy, "blue chip" stocks, it's certainly a place to start looking. And many of the DJIA component stocks pay good dividends. In fact, seven of the DJIA stocks are Dividend Aristocrats, meaning that they have raised dividends at least once a year for the last 25 years. Those stocks are marked with an asterisk (*) in the chart below.

What are the stocks in the Dow Jones Industrial Average?

Here are the 30 stocks that make up the Dow Jones Industrial Average today.

For breaking news and analysis on the 30 stocks in the Dow Jones Industrial Average, head right to the front page of The Motley Fool.