The Facebook co-founder argues that it helps him focus on long-term strategic goals.

Investors are tired of CEO Mark Zuckerberg's iron grip on Facebook ( FB -1.14% ), revolting every single year in a futile effort to get the social networking behemoth to recapitalize its stock in order to eliminate Zuck's supervoting share class. Those shareholder proposals never pass, but it's abundantly clear that investors overwhelmingly want to strip the CEO of his majority voting power: 82% of shareholders not named Mark Zuckerberg voted in favor of that proposal this year.

Here's why His Zuckness needs to retain voting control of Facebook, in his own words. 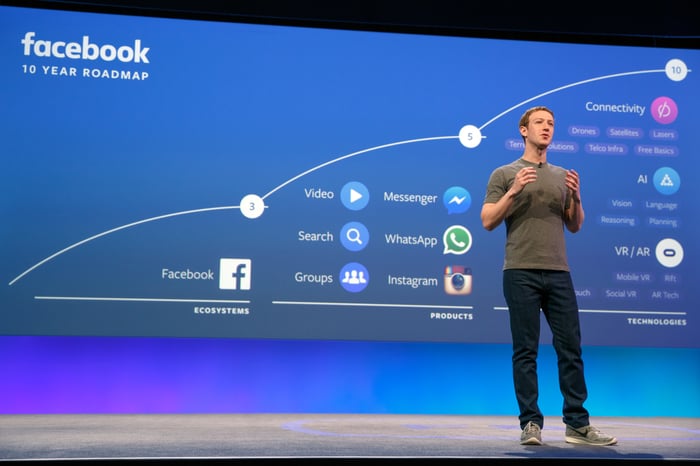 Zuck argued that his voting control has been "very valuable" in the past, such as when Yahoo! tried to acquire Facebook. The has-been tech company had made a $1 billion offer back in 2006, but Zuckerberg had no interest in selling. "This is kind of a formality, just a quick board meeting, it shouldn't take more than 10 minutes," the CEO reportedly said at the time. "We're obviously not going to sell here."

If that deal had gone through, Zuckerberg hypothesized that he would have subsequently been fired. He then made the case that his voting control has allowed Facebook to focus on long-term goals:

We wouldn't even be here if I didn't have control. And then throughout, we've just been able to focus on the right things over the long term, whether it was going through our IPO and focusing on building the right mobile products instead of just focusing on monetizing and putting ads in quickly.

When our stock price got cut in half. We've had the ability to focus on doing what we think are the right things over a multiyear period, instead of just having to be beholden to the quarter-to-quarter demands that a lot of public companies have to struggle with.

Zuck responded, "So one of the things that I've been lucky about in building this company is, you know, I kind of have voting control of the company, and that's something I focused on early on." Recalling the Yahoo! story, Zuckerberg mentioned that the rest of the board wanted to sell Facebook for strictly financial reasons, but he felt it was the wrong decision. "So I turn it down, and our board was super upset," Zuckerberg said. "Our whole management team basically quit."

"I think I am lucky because of the structure that we have," he added. "I think some people don't have the flexibility to focus on what they think is right over the long term because there really are near-term constraints."

However, this argument is misleading. Sure, publicly traded companies have to deal with market gyrations driven by fickle investors focusing on quarterly results, which can be distracting and counterproductive to long-term strategy. But strong leaders can still manage companies for the long haul and mitigate those concerns if they're able to adequately communicate their vision to investors. It's not as if public investors are incapable of buying and holding.

Jeff Bezos has never fretted about the short term and still managed to make Amazon.com into the largest e-commerce platform on earth -- with just 16% voting power.