Shares of Luckin Coffee (OTC:LKNC.Y) were up 11.7% as of 3:05 p.m. EST Wednesday after the Chinese coffee shop chain announced plans for deploying new "smart" unmanned coffee and vending machines.

In a press release late Tuesday, Luckin said it will enter the "unmanned retail market" via the launch of its Luckin Coffee Express coffee machine and its Luckin Pop Mini smart vending machines. The terminals will use a variety of cutting-edge features (the company says they're "empowered by IoT, big data, facial recognition, and other advanced technologies"). 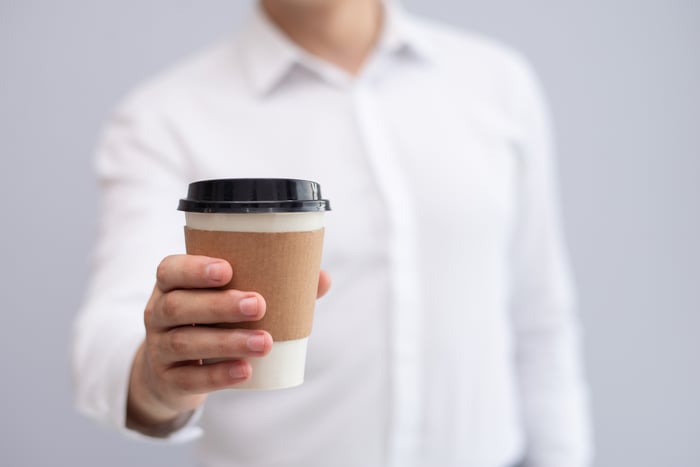 "Luckin Coffee is dedicated to building a closed-loop smart retail platform with our own customer traffic and our own products," CEO Jenny Zhiya Qian said. "We will continue to grow both own traffic and products, improve brand value, expand the scale of our platform, and create more value for our customers."

These new machines could represent a significant source of incremental growth for Luckin's already fast-growing consumer discretionary brand. And the stock is responding in kind.