You've worked hard for your money. And now you'd like to enjoy your retirement. Well-chosen dividend stocks can help you do so, by delivering the cash you need to cover your living expenses during your golden years.

Here are two dividend-paying stocks that can help you build your retirement income stream. 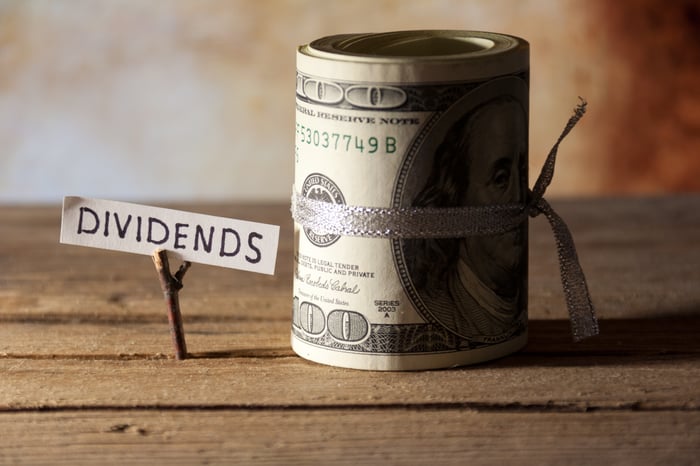 Verizon Communications (NYSE:VZ) says that it's built the "fastest, most reliable network." Several studies, such as those conducted by Root Metrics and J.D. Power, support Verizon's claims. Many device owners also apparently agree that Verizon has the best wireless network; the telecommunication giant added nearly 800,000 mobile phone customers in the fourth quarter alone.

Better still, Verizon enjoys some of the best customer loyalty in the wireless industry, as demonstrated by its low churn rates. Once someone becomes a Verizon wireless customer, they tend to stay one.

In turn, Verizon's nearly 95 million wireless retail customers provide a solid base of recurring cash flow. The wireless titan produced $35.7 billion in operating cash flow and $17.8 billion in free cash flow in 2019. This strong cash production allows Verizon to pay a bountiful dividend -- its stock currently yields a hefty 4.2% -- even while paying down debt and investing aggressively in its new 5G network.

Verizon's 5G technology will allow it to deliver wireless speeds much faster than those possible with its current 4G LTE tech. That's likely to prove popular with both consumers and businesses alike. Verizon's new 5G tech is also expected to accelerate the growth of the Internet of Things -- a potentially massive market of connected devices that could grow to more than $1 trillion by 2022, according to IDC.

With its core wireless business generating boatloads of cash and 5G set to fuel its growth, Verizon is likely to extend its current streak of 13 straight years of annual dividend increases well into the future. That makes it the type of income stock that retirees can count on, both today and in the years ahead.

Dunkin' Brands (NASDAQ:DNKN) is another great source of dividend income. The coffee and donut chain uses a franchise model that, like Verizon's subscriber base, produces a reliable stream of cash that allows it to reward investors with a fast-growing dividend.

Dunkin' Brands is a classic regional-to-national growth story. The company is expanding westward from its core markets in the eastern regions of the U.S. Dunkin' opened more than 200 new U.S. stores in 2019 -- bringing its U.S. store count to over 9,000 locations -- and management plans to continue this pace of expansion in the coming years. Additionally, Dunkin' Brands, which also owns the Baskin-Robbins ice cream chain, has a presence in several international markets, which should serve as another source of growth for the company.

Moreover, Dunkin' Brands' profitability is improving as it expands its store count. As a 100% franchised business, each new store that the company opens rapidly adds to its bottom line. Dunkin' Brands passes these profits on to investors; it recently boosted its quarterly cash dividend by 7.3%, to $0.40 per share. That places its current annual yield at about 2.1%.

Continued store count expansion and several initiatives designed to boost sales at existing locations -- such as new menu items, delivery, and a store remodel program -- should all help Dunkin' Brands continue to hike its cash payout in the coming years. As such, retirees who buy shares today can expect to receive a steadily growing income stream from their Dunkin' Brands' stock.