Just when investors were starting to think the oil market would only get better from here, the U.S. Energy Information Administration had to go and ruin the fun with facts. On Wednesday, the Weekly Petroleum Status Report showed that inventories of crude oil and refined products were up sharply last week, while demand remains down sharply.

As a result, oil stocks are taking a beating. Here are seven that are being hit particularly hard today: 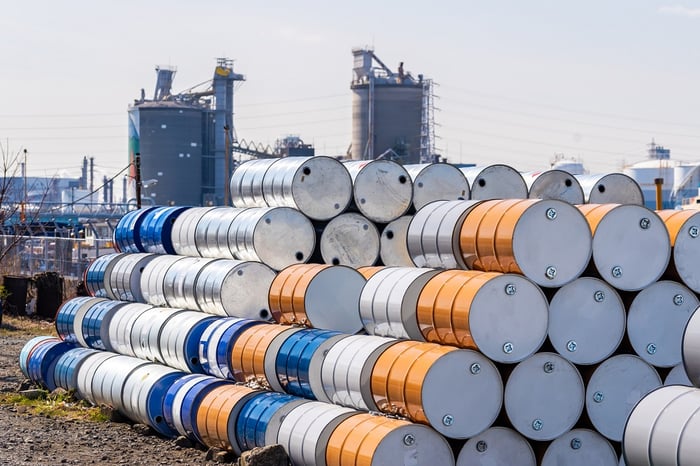 On the demand side, things are still ugly, with total products supplied down 20.1% over the past four weeks. Crude imports into the U.S. increased by 640,000 barrels from the prior week, even as overall demand for oil products remains well below pre-coronavirus levels.

In addition to an inventory report that shows an oil market that remains out of balance, the U.S. Federal Reserve is concluding a two-day policy meeting today, and the broader market is trading lower on uncertainty. The past couple of months have seen stocks come roaring back, and oil stocks in particular have done relatively well since late April.

While oil prices have moved sharply higher over the past six weeks, the global supply-and-demand environment is still out of balance. Over the weekend, OPEC+, the group of oil-producing nations that controls a plurality of the world's crude supplies, agreed to extend its record deal that cut some 9.7 million barrels per day of production through July.

The bottom line is that the extension of this deal is ample evidence that we still have a long way to go before the oil market has recovered. Some analysts are calling for an oil production deficit as soon as this month, but there is still a lot of oil in storage that will take priority over increased production.

These realities in the oil patch (not to mention worries that a protracted economic recovery won't be the V-shape that's been expected) is taking some of the momentum out of the oil stock rally. Since U.S. crude prices went negative on April 20, all seven of these oil stocks have outperformed the SPDR S&P 500 ETF Trust (NYSEMKT:SPY): 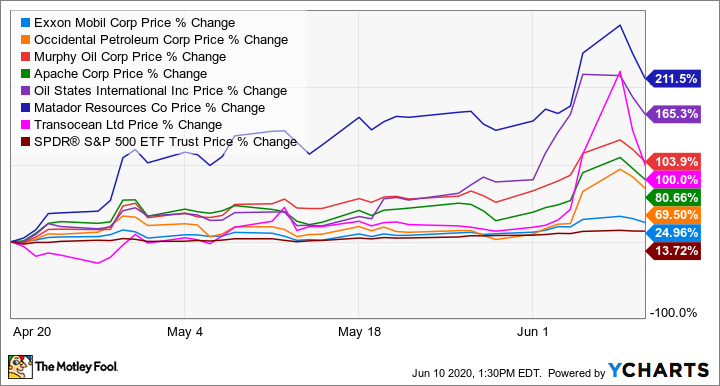 The oil market has improved, but it's still wildly out of balance, and there are very few companies that can profit with oil prices at current levels. That reality is likely driving some investors to sell these oil stocks today.