Finding high-dividend stocks is easy, but the key is to find ones where that high yield is safe. Many investors in recent months had unpleasant surprises when a company they bought for its dividend cut its payout when the market swooned.

A good example would be Royal Dutch Shell (NYSE:RDS.B), which after 75 consecutive years of dividend growth, slashed its payout 66% when oil prices slumped in March. Most high-yield dividend stocks don't have the track record that Royal Dutch Shell did, so no dividend (particularly with a yield at 6% or more) is completely secure.

Before looking at a dividend, it's important to look at how sustainable that high yield is and at prevailing market factors. Here are four stocks with dividend yields above 6% that I think are sustainable. 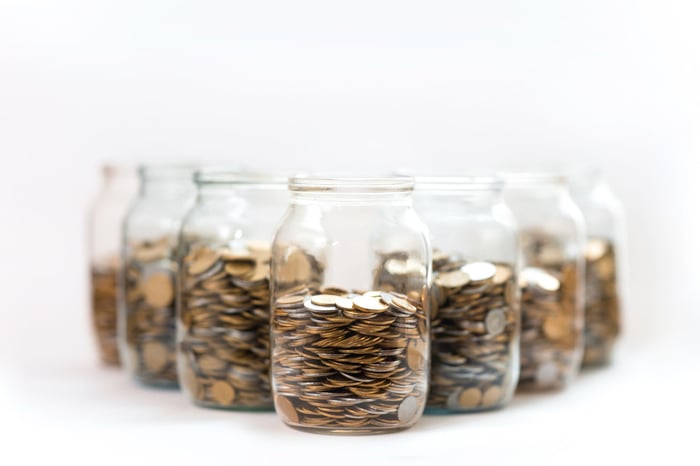 B&G Foods is having a great year

It's an impressive dividend as well, $0.475 per share, which works out to a yield of 7.24% based on the stock's price of $25.51 on Wednesday. The company manufactures, sells, and distributes more than 50 familiar shelf-stable and frozen foods including Cream of Wheat, Green Giant vegetables, and Ortega tacos and taco sauce.

It's a steady business that performed well during the first few months of the COVID-19 pandemic because B&G sells consumer staples. In the first two weeks of May, the company had net sales of $349 million, an increase of 57.6% over the same period in 2019. B&G Foods' net sales of $449.4 million in the first quarter climbed 8.9% year over year, led by $18.7 million from the baking powder and baking soda brand Clabber Girl, which the company bought last May. Net income was up 67.3% in the quarter, year over year, to $28.1 million.

Like a lot of high-yield dividend stocks, B&G's payout ratio is high (67.51%, based on cash flow), but the company is dedicated to its dividend and has increased its cash position to $200 million. It's also a stock that investors have noticed, trading very close to its 52-week high of $26.39. Yet with a price-to-earnings ratio over the trailing 12 months of 18.33, it may be underpriced.

AT&T continues to grow its dividend

Its first-quarter report showed that revenue was down $2 billion year over year to $42.8 billion, but operating income rose to $7.5 billion, compared with $7.2 billion in 2019.

The company has raised its quarterly dividend for 35 consecutive years, including a 2% increase to $0.52 per share this year. It also has a sustainable ratio under 24%, based on cash flow.

Even with a loss of TV subscribers as more people cut the cord, the company's phone segment continues to thrive. It should actually benefit from T-Mobile's merger with Sprint, as all three companies will feel less competitive pressure.

Things are looking up for Exxon

The recent dramatic drop in oil prices had a lot of people concerned about the dividend of Exxon (NYSE:XOM), which had a yield of 6.50% as of Wednesday. But rest assured, it remains safe.

Exxon has been paying a dividend for 37 years and raising it for the past 13. In its recent first-quarter report, the company reiterated it will preserve cash for the dividend. It has scared some investors that the company didn't raise its dividend as it usually does in April, keeping it at $0.87 a share. But that doesn't mean a dividend raise later in the year isn't forthcoming, especially now that the price of crude has more than doubled in the past few weeks.

Prudential Financial may be a bargain

Prudential Financial (NYSE:PRU) has had more than its share of coronavirus concerns that have driven its share price down.

Prudential raised its quarterly dividend for the eighth consecutive year in February, however, bringing it up 10% to $1.10 a share, giving it a yield of 6.13% as of Wednesday. It's a very safe dividend, with a payout ratio of 33.37%, based on cash flow.

It's clear that Prudential may struggle until the economy gets back on its feet. But in the long-term view, it's still a company that has seen revenue rise for seven consecutive years.