This year's stock market performance has been defined by record levels of volatility. More big changes could be on the way, but long-term growth for the entertainment industry still looks like a safe bet that could deliver fantastic returns for investors.

Glu Mobile (NASDAQ:GLUU), Ubisoft Entertainment (OTC:UBSFY), and Eros STX (NYSE:ESGC) are three entertainment companies that have the potential to post explosive gains. Here's why you won't want to miss out on these three stocks. 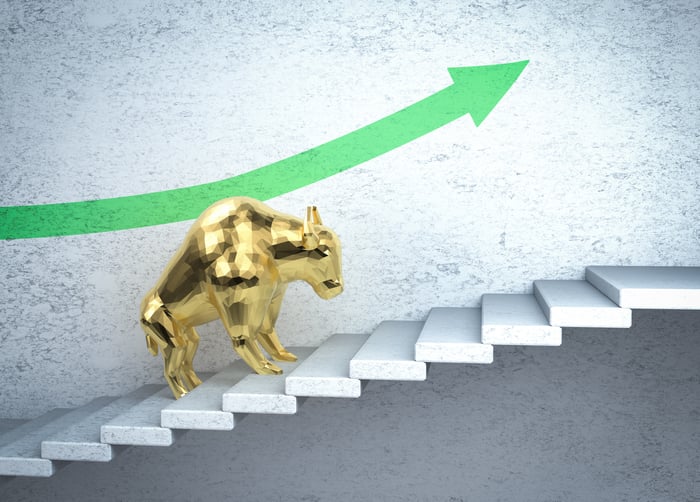 This stock sank a bit following a quarterly report that underwhelmed the market and during the sell-off for the broader market. The video game company is now valued at just $1.3 billion and trades at approximately 21 times this year's expected sales. That looks like an attractive multiple for a company that has several established franchises in the fast-growing gaming industry and the potential to launch new properties that can drive big growth.

While Glu's valuation has seen a steep decline following the publication of its second-quarter results in August, the business' performance for the period was actually pretty strong on many fronts. Investors likely flinched at an unexpected loss in the period, and because of bookings guidance for the third quarter coming in lower than anticipated. A delay for an upcoming game and comments from management suggesting uninspiring test numbers for another project may have also been significant contributors to the recent sell-off. 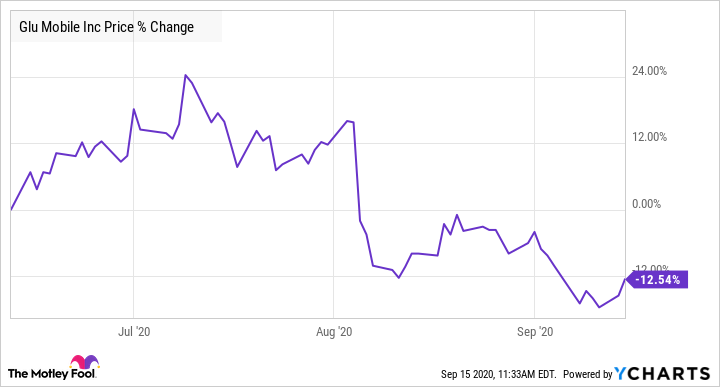 But the big pullback has made shares even more attractive. Research firm GlobalData estimates that the global gaming industry could generate $300 billion in revenue in 2025, more than doubling the $131 billion in sales that the industry generated in 2018. The market for interactive entertainment looks poised for big growth over the long term, and Glu will have opportunities to deliver content updates for its existing franchises and launch new properties that can drive strong earnings momentum.

This is another video game publisher that looks primed to benefit from the growth of interactive entertainment. While Glu Mobile is concentrated on titles for smartphones and tablet platforms, Ubisoft generates the vast majority of its revenue from titles for PCs and consoles. On the other hand, the France-based video game company's potential for growth in mobile is part of what makes the stock appealing as a long-term investment, and it has a stable of established properties and development studios that could help build its business in the category.

Ubisoft properties -- including Assassin's Creed, Ghost Recon, and Rainbow Six Siege -- could one day be big hits on mobile platforms and give the company's sales and earnings a substantial boost. Just look at what Activision Blizzard has accomplished with Call of Duty.

Amid waning performance for some of its big franchises, Activision's free-to-play (F2P) versions of Call of Duty for mobile platforms and PCs and consoles have had a hugely beneficial impact on its performance and propelled the company's stock to impressive gains over the last year. It's not hard to imagine Ubisoft having success with similar moves, and Rainbow Six and Ghost Recon in particular stand out as prime candidates for the F2P treatment on mobile or other platforms.

Ubisoft will also have the opportunity to benefit from other gaming industry trends. The publisher could get a boost from Sony and Microsoft each launching new consoles this year, streaming-based game distribution gaining ground, and the growth of esports. Between the company's individual strengths and a plethora of industry tailwinds, Ubisoft stock could be on track for a major bull run.

Most people know that the subscription video on demand (SVOD) business model has become hugely successful in the U.S. and Europe. Platforms including Netflix and Disney's Hulu and Disney+ have built large user bases and generate substantial revenue on a monthly basis in these territories, but there are still parts of the world where subscription streaming business is at a nascent stage.

India has a population of nearly 1.4 billion people, but per-capita spending power that's low compared with most parts of the Western world means it's more difficult to generate substantial sales with streaming video platforms. The SVOD market will likely expand at a rapid clip as the country's economy enjoys rapid growth in the coming decades, and Eros STX stands out as an undervalued company that's in a great position to capitalize.

The India-based Eros merged with the U.S.-based STX at the end of July, and the recently combined company has the potential to deliver explosive returns if it can tap into momentum for streaming distribution. Eros already has the leading SVOD platform for films in Hindi and other regional dialects, and the STX integration will boost production and distribution capabilities for films that appeal to Western audiences and improve its content library for India and other markets as well.

Eros STX currently has a market cap sitting at just $450 million, or less than half of the $1 billion in revenue that it expects to generate in 2022. The company's current valuation leaves huge room for growth, and patient investors could see explosive returns if they stick with the stock through the next decade.