If your particular focus has been software-as-a-service (SaaS) stocks, it's been downright panic-inducing.

But instead of hiding under the covers, now is the time for you to practice being "greedy when others are fearful." Below, I'll outline six top-quality companies -- most with a SaaS component -- that are selling for at least 25% off of their all-time highs. 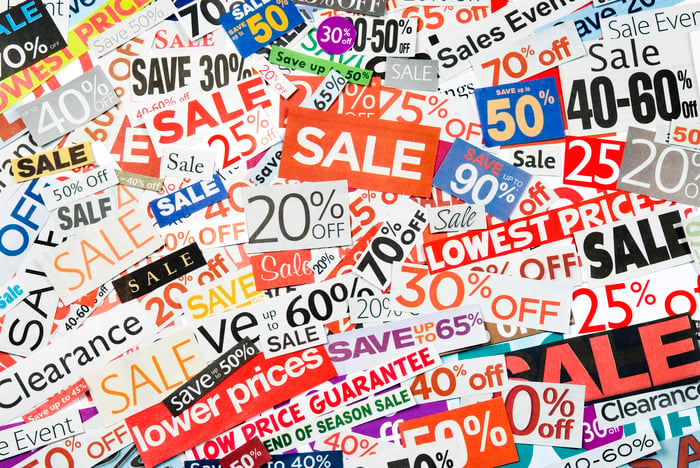 What all six stocks have in common

Over the past six years, I've developed a framework for picking stocks that have more than quadrupled the broader market's performance. Based on the writings of former trader and current best-selling author/thinker Nassim Taleb, I've called it the "Antifragile Framework."

The idea in a nutshell: I want to own companies that will not only survive the tough times that will undoubtedly come, but ones that will actually benefit from unexpected stressors. By my estimation, companies like these have three things in common:

Ten companies have earned the highest scores on this framework. On average, those 10 stocks tripled in 2020! Of those, six were at least 25% off their all-time highs before the market opened on March 9, 2021. They included:

Formerly known as TASER International, Axon Enterprise (AXON -2.83%) is focused on protecting life -- of both police officers and the citizens they are sworn to protect. For most of the company's life, stun guns were the main product. But with the advent of Axon body cameras -- and all of the data they produce -- the number of SaaS offerings has multiplied quickly.

While the most recent quarter was a very solid one, share prices are down over 30%. If you're interested in a company that can do well by doing good, it's worth checking out Axon.

Think of MercadoLibre (MELI -0.90%) as what would have been possible if Amazon and PayPal Holdings had both been founded at the same time by the same group of people. As it stands MercadoLibre is the leading e-commerce player in Central and South America.

But the real secret sauce to the company's growth is Mercado Pago. The digital payment option started as a way to get people to buy things online. But it has become so ubiquitous that it's used for everyday purchases all over the continent. Share prices are down 30%, but that doesn't lower my conviction in this -- my second-largest holding -- one bit.

If there was one company that benefited the most from the COVID-19 pandemic, it was definitely Zoom Video Communications (ZM -6.24%). What was once a little-known tool for businesspeople became the communication medium of choice for the entire world.

A lot of folks are worried that widespread adoption of a vaccine -- and the end of lockdowns -- will mean a death knell for Zoom. That's why share prices are 45% off their highs. But while I'm fine accepting that 2020 growth will likely never happen again, I believe the company has millions of users locked in for life -- and the free cash flow is just starting to flow into the company's coffers.

Remember our description of MercadoLibre? Well, imagine taking that, putting it in Southeast Asia, and giving it one of the top gaming platforms in the world. Do that, and you have Sea Limited (SE -6.72%).

The company's payment option -- Sea Money -- is still getting off the ground. But both the gaming and e-commerce divisions had stellar 2020s. With a stock price that is 26% off its highs and a huge runway for growth, I think Sea is an excellent long-term holding.

Shopify (SHOP -10.57%) was formed when founder/CEO Tobi Lutke couldn't figure out a way to sell snowboards he was making. So, he built his own platform. Two decades later, the platform has taken the world by storm: Over 1 million merchants -- from stay-at-home-parents with a side hustle to multi-nationals -- use Shopify to gain a presence online.

The stock price is down 27% after it tripled between March and December 2020. Some are worried that the e-commerce field will face headwinds as COVID-19 lockdowns end. Over the short term, they might be right. But in the long run, Shopify has all the ingredients to be a trillion-dollar company.

Finally, we have cybersecurity firm CrowdStrike (CRWD -6.33%). Whenever one company signs on to use CrowdStrike's platform, it incrementally improves the security for all of the other existing users. That's because the company's "Threat Graph" aggregates all of the data from users, sets its artificial intelligence on the data set, and learns how to outsmart hackers.

The stock price is down 25% from its highs, but the number of customers that are using multiple CrowdStrike modules (read: tools) is booming. That not only leads to more high-margin revenue, but higher switching costs for existing customers.

You should never go out and buy a stock based on a two-paragraph description of why it's a good deal. I think all six of these companies, however, deserve some deeper digging if you find yourself interested. Currently, they combine to form just under half of my real-life portfolio.

But they grew to be such large positions. And if, after doing your own research, you're convinced to hold for the long term, they could become huge holdings (via growth!) for you, too.

This Stock Offers Immense Growth -- With No Real Competition