Please ensure Javascript is enabled for purposes of website accessibility
Log In Help Join The Motley Fool
Free Article Join Over 1 Million Premium Members And Get More In-Depth Stock Guidance and Research
By Motley Fool Staff – Apr 27, 2017 at 10:08AM

In the battle of man versus machine, sometimes computers win out. Here's how algorithmic trading works, and why this trend has grown so popular among investors.

Many of us are coming to rely more and more on computers and technology than ever before, and investors are no exception. Thanks to algorithmic trading, a growing number of investors are taking advantage of what they consider to be optimal market conditions to come out considerably richer. 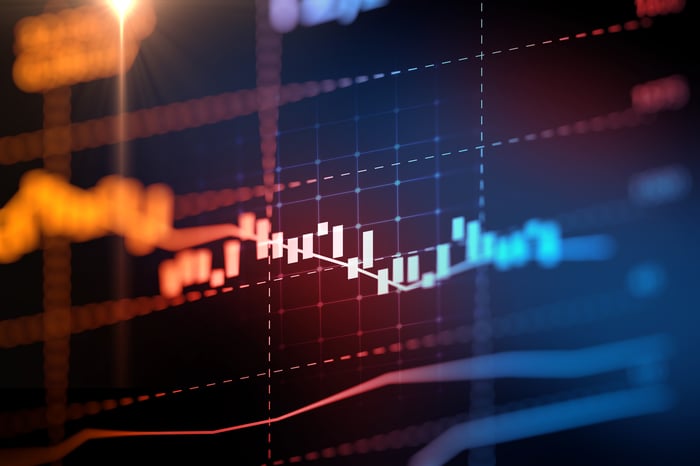 An algorithm is a process or set of defined rules designed to carry out a certain process. Algorithmic trading uses computer programs to trade at high speeds and volume based on a number of preset criteria, such as stock prices and specific market conditions.

As an example, a trader might use algorithmic trading to execute orders rapidly when a certain stock reaches or falls below a specific price. The algorithm might dictate how many shares to buy or sell based on such conditions. Once a program is put in place, that trader can then sit back and relax, knowing that trades will automatically take place once those preset conditions are met.

One major advantage of algorithmic trading is that it automates the trading process, ensuring that orders are executed at what are deemed to be optimal buying or selling conditions. Because orders are placed instantly, investors can rest assured that they won't miss out on key opportunities. Manual orders, by contrast, can't come close to mimicking the speed of algorithmic trading. Additionally, because everything is done automatically by computer, human error is virtually taken out of the equation (assuming, of course, that the algorithm is developed correctly).

One major disadvantage of algorithmic trading is that one simple mistake can rapidly escalate in a major way. It's one thing for a trader to make a bad call and lose money on a single transaction, but when you have a faulty algorithm, the results can be downright catastrophic. That's because a single algorithm can trigger hundreds of transactions in a matter of minutes, and if something goes wrong, millions of dollars can be lost in that same time frame.

In fact, there have been multiple incidents of "flash crashes" on global markets resulting from problems with algorithmic trading. For example, algorithmic trading was blamed for the "Flash Crash" of 2010, which led U.S. stock indexes to collapse (though they rebounded within an hour), as well as an October 2016 crash that saw the British pound plunge toward its 31-year-low in a single night.

Algorithmic trading has also been linked to significant market volatility. While quality control measures can help prevent losses owing to poorly defined or coded algorithms, investors should be aware of the dangers of giving up control and letting computers do all of the work.

This article is part of The Motley Fool's Knowledge Center, which was created based on the collected wisdom of a fantastic community of investors. We'd love to hear your questions, thoughts, and opinions on the Knowledge Center in general or this page in particular. Your input will help us help the world invest, better! Email us at [email protected] Thanks -- and Fool on!