A stock is said to outperform if it produces a higher return than an index or the overall stock market, and analysts give stocks an outperform rating if superior performance is expected. For example, if a stock's total return is 10%, and the S&P 500's total return is 8%, it outperformed the index by two percentage points.

Why a stock could outperform the market

There are several reasons why a stock could outperform the market. Just to name a few:

One important point is that outperformance doesn't necessarily imply a positive return. For example, during 2008, Berkshire Hathaway lost more than 30% of its value. However, the S&P 500 lost 37.6% during the same year; so even though shareholders experienced a loss, Berkshire Hathaway stock outperformed the market in 2008 by a significant margin. 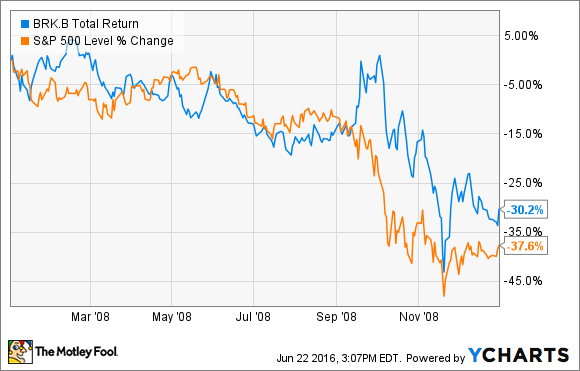 Outperformance can also refer to a stock's return in relation to its peers, or even to another individual stock. For example, so far in 2016, Wal-Mart has produced a total return of more than 19%, while Costco has produced a 1.4% loss. We can say that Wal-Mart has outperformed Costco so far this year. 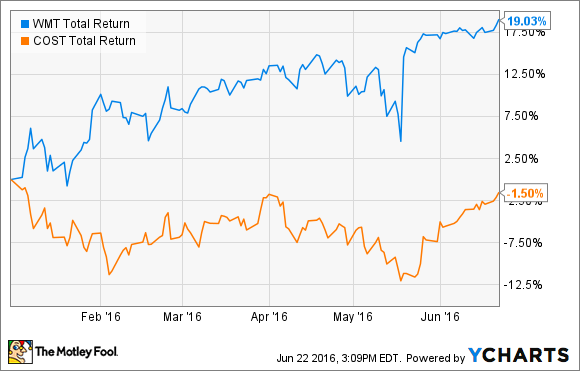 Outperformance as an analyst rating

Analysts assign ratings to stocks in order to convey their opinions to investors. A rating of outperform means that the analyst recommends that investors buy the stock, and generally means they expect it to outperform the overall market during the next 12 months.

It's also worth mentioning that brokerages have a variety of different ratings systems, and some even have different definitions of the same terms. For starters, the rating of outperform is also called market outperform, overweight, or simply, buy. Some brokerages have an additional rating called strong buy, which is indicative of a stock that is expected to outperform the market by a wide margin.