If a stock delivers a worse return than the overall market, a certain index, or another stock, it is said to have underperformed.

A stock is said to underperform if it produces a worse return than an index or the overall stock market, and analysts can give stocks an "underperform" rating if inferior performance is expected. For example, if a stock's total return is 5% and the S&P 500's total return is 8%, it underperformed the index by three percentage points.

Reasons a stock could underperform

There are a variety of reasons a stock could underperform the market, or could be expected to do so by an analyst.

For example, if growth has slowed more than expected during the previous quarter, an analyst may believe this trend will continue in the future. Or, if a company carries a higher debt load than peers, a downturn in the market could hit its profits particularly hard. There are many other potential reasons for underperformance, and each stock's situation is unique. 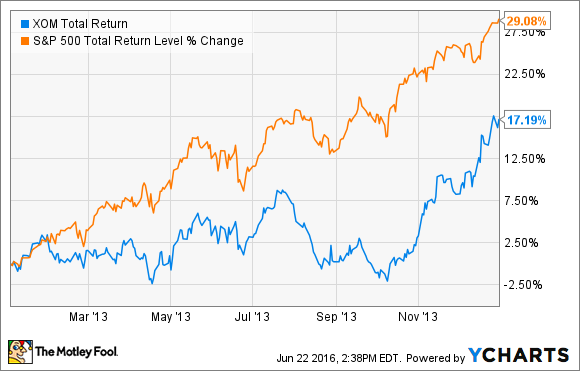 Also, underperformance doesn't have to be relative to the entire market -- rather, it can be useful to look at a stock's performance relative to its peers, or even to another individual stock. As one example, the banking sector hasn't performed too well this year, as can be seen in the performance of the SPDR Financial Select Sector ETF, which is down 4%. Some banks have performed better than this, while others have underperformed, such as Bank of America, which is down nearly 19% for the year. 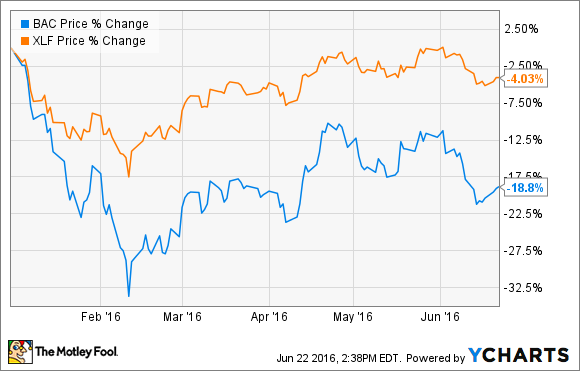 Underperform as an analyst rating

When analysts assign ratings to stocks, a rating of "underperform" means that the analyst expects the stock to perform worse than the overall market, therefore they are recommending that investors stay away.

Keep in mind that different brokerages use different ratings scales. Some analysts use "market underperform," while others will rate a stock a "sell" or even as a "strong sell" depending on how great the underperformance is expected to be.

This article is part of The Motley Fool's Knowledge Center, which was created based on the collected wisdom of a fantastic community of investors. We'd love to hear your questions, thoughts, and opinions on the Knowledge Center in general or this page in particular. Your input will help us help the world invest, better! Email us at [email protected] . Thanks -- and Fool on!

The Motley Fool owns shares of ExxonMobil. The Motley Fool recommends Bank of America. We Fools may not all hold the same opinions, but we all believe that considering a diverse range of insights makes us better investors. The Motley Fool has a disclosure policy.