Please ensure Javascript is enabled for purposes of website accessibility
Log In Help Join The Motley Fool
Free Article Join Over 1 Million Premium Members And Get More In-Depth Stock Guidance and Research
By Chris Neiger – Updated Apr 10, 2019 at 10:09AM

Apple (AAPL -4.91%) has been pretty clear that it's looking ahead toward a time where its iPhone isn't the company's dominant revenue driver. Apple's management had already hinted at this shift when it said late last year that it would no longer report iPhone unit sales figures in its quarterly results.

That shift came after iPhone unit sales started to slow down, but the iPhone still accounted for 62% of the company's total revenue in the most recent quarter. So how does the company expect to compensate for the slowing segment? Based on comments from Apple's management and some recent steps to build new products, a clearer picture is starting to emerge for Apple's life-after-iPhone strategy. 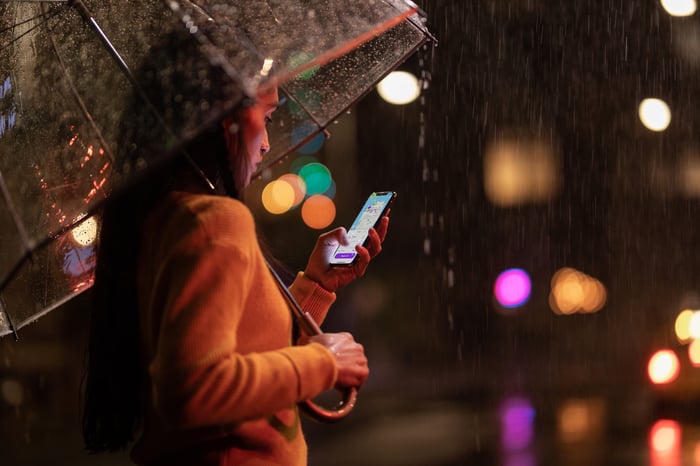 It's understandable if investors are a bit skeptical about wearable tech to help boost Apple's long-term sales. Wearable tech devices -- like the Apple Watch -- have been out for several years and aren't the runaway success that smartphones have been.

But dismissing this segment's potential would be a huge mistake. Recent data from Markets and Markets shows that wearable tech adoption is speeding up and that this year, one in five internet users in the U.S. will own a wearable device.

Apple's wearables, home, and accessories segment brought in $7.3 billion in revenue in the company's first quarter of 2019, a 33% jump from the year-ago quarter, and is Apple's fastest-growing segment right now. Sales from the company's wearables -- Apple Watch and AirPods -- increased by nearly 50%.

If all of that isn't enough to make investors optimistic about Apple's wearable-tech future, remember that Apple is also rumored to be working on augmented reality (AR) glasses that, when launched, could add an estimated $13 billion to Apple's top line. But even if Apple doesn't release AR glasses, the company is already growing its wearables sales rapidly, and Apple investors should expect more focus on this segment. 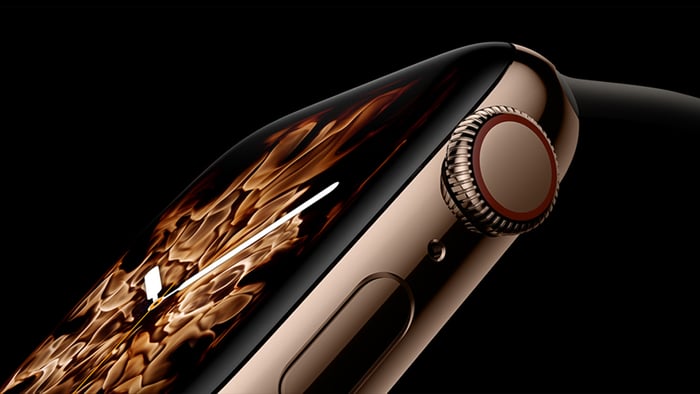 Nearly every tech company is investing time and resources into artificial intelligence (AI) these days, and Apple is no different. Last year, Apple hired John Giannandrea, who had previously worked on AI at Google, to lead the artificial intelligence team for Apple's voice assistant, Siri. Giannandrea was promoted to the executive team at the end of 2018, showing that Apple is taking AI more seriously than in the past.

Apple is reportedly focusing on integrating AI into more of its services, and Giannandrea is seen as an essential part of that because he performed similar work during his tenure at Google. These changes may not seem highly significant, but investors should remember that AI is a critical element for improving the company's future apps and new services.

For Apple to benefit from the coming $7 trillion (by 2050) passenger economy, it'll need to have top-notch AI technology. AI won't replace the iPhone in any directly comparable way, but this segment is a key area that will help Apple develop new technologies that will help offset iPhone revenue.

The most important element of Apple's post-iPhone strategy is the company's services business. Apple's current services include things like Apple Music, iCloud storage, and its App Store, and in the company's most recent quarter, services revenue jumped 19%, to $10.9 billion.

One reason Apple is looking to its services segment to drive new sales and profits is because the segment is very profitable. The gross profit margin for Apple's services business in the most recent quarter was 63%. And not only is the company's services business lucrative, it's adding users rapidly.

Maestri said on the company's first-quarter conference call that, "Many services categories set new all-time revenue records all-time high during the quarter with the number of paid accounts growing by strong double-digits over last year. And we now have over 360 million paid subscriptions across our services."

That 360 million figure is up from 240 million in the year-ago quarter. And its not just users that Apple is increasing -- services revenue has jumped from $8 billion in calendar year 2010 to over $41 billion in 2018.

Apple might soon add more services to this already growing segment and is rumored to be working on a new TV streaming service that could launch as early as next month. The company is currently creating its own original content and will likely include subscriptions to other content, as well, in a similar way as Amazon creates its own original content for its service and also offers subscriptions to premium channels.

With services revenue growing quickly and delivering high profit margins, it's clear why the company is looking to this segment as its next big moneymaker.

Apple is, of course, still generating the vast majority of its total revenue from iPhone sales and investors can expect the company to continue to try to boost smartphone sales. But with iPhone sales slowing -- and the broader smartphone market stagnating -- it's time to look ahead to Apple's new opportunities. And if the above segments are any indicator, Apple still has a bright future.