Investors who bought shares of the Beijing-based, technology-driven coffee retailer at its May initial public offering have been lucky, indeed. Since its IPO at $17 per share, Luckin Coffee stock has soared more than 52% through Aug. 9. 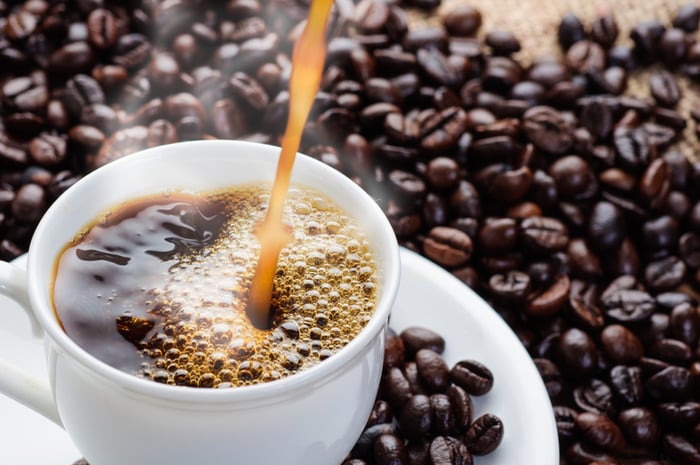 We can attribute Luckin Coffee stock's robust July performance to investor enthusiasm surrounding the company's IPO and growth prospects. The young company, founded in 2017, is China's second-largest coffee chain and is gunning to overtake the country's top player, the mighty Starbucks (NASDAQ:SBUX).

Moreover, Luckin has plans brewing to expand beyond its native market. On July 22, it announced that it was forming a joint venture with Kuwait Food Company Americana, the largest integrated food product company in the Middle East, to launch a new retail coffee operation in the Greater Middle East and India.

Investors don't have long to wait for material news. Luckin Coffee is scheduled to report its second-quarter results on Wednesday, Aug. 14, before the market opens. Wall Street is expecting a loss of $0.43 per share on revenue of $130.3 million.