President Donald Trump just held a news conference in which he declared a national emergency over the ongoing COVID-19 pandemic. Trump also mentioned several healthcare and biotech companies by name that are working closely with the government to combat this novel coronavirus.

Teladoc's stock (NYSE:TDOC) shot up nearly 8% as the president stressed the importance of telehealth services. Trump said his administration would be waiving laws that restrict telehealth services across the country. Previously, many states made it incredibly difficult for doctors to practice medicine across state lines, which includes providing telehealth services. 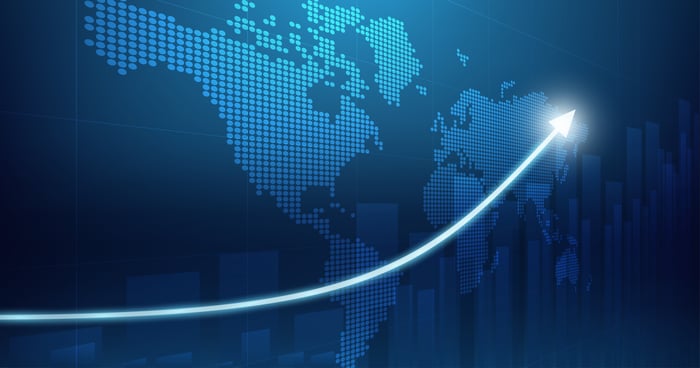 Roche (OTC:RHHBY) was also mentioned in the news conference. Shares of the healthcare giant already increased on news that the U.S. Food and Drug Administration (FDA) issued emergency use authorization for its COVID-19 test. Trump said as many as 500,000 extra tests could be available by next week. Roche ended the day up 13%.

Walgreens Boots Alliance (NASDAQ:WBA) and CVS Health (NYSE:CVS) jumped 12.5% and 9.2% respectively in light of the conference where their leaders made an appearance alongside Trump.

Walgreens also announced on Friday afternoon that it would be dedicating space outside some of its stores to provide COVID-19 testing services for Americans. The company partnered with the Centers for Disease Control and Prevention (CDC) and other federal and state authorities to help respond to the pandemic.