Buying a Non-Traded REIT: What You Need to Know

Non-traded REITs offer investors the ability to buy a portfolio of commercial real estate without direct exposure to the volatile stock market. However, as with most things, there are trade-offs.

Real Estate Investment Trusts, or REITs, come in all shapes and sizes. Some choose to focus on a sub-sector of the real property market like multifamily, while others take a much broader approach. In addition to their differing focuses, some REITs choose to trade on major stock exchanges while others are non-traded. These non-traded REITs, which can either be open to the public or private, have pros and cons compared to their publicly traded peers. Here's a look at the case for and against investing in a non-traded REIT.

What are non-traded REITs?

Public non-traded REITs, like their publicly traded peers, are open to anyone who has money to invest, though many have a minimum investment requirement. However, instead of trading on major stock exchanges like the Nasdaq or New York Stock Exchange, investors need to purchase shares either directly from the REIT's management company -- such as through its real estate crowdfunding platform -- or a third-party broker-dealer. Non-traded REITs must still register with the Securities Exchange Commission (SEC) and file quarterly and annual reports like publicly traded REITs.

Private non-traded REITs, on the other hand, aren't available to the general public, nor are they required to register with the SEC. They're typically only available to accredited investors, which are those who either have a high net worth of more than $1 million (excluding their primary residence) or have high incomes of at least $200,000 annually over the last two years. Further, they often have high minimum investments and large upfront costs.

The pros of investing in non-traded REITs

Non-traded REITs have three main advantages over publicly traded ones:

These characteristics enhance a non-traded REIT's ability to create value for its investors over the long term. Investors in publicly traded REITs run the risk of buying at a high premium due to short-term market euphoria or selling at a deep discount if they're unnerved by a stock market sell-off. Investors in non-traded REITs, on the other hand, can buy shares at its NAV and typically must hold them for at least a year. As such, they're more likely to benefit from the ability of the underlying income-producing properties that REITs invest in to create long-term wealth.

The cons of investing in non-traded REITs

While non-traded REITs have several benefits, they also have their drawbacks. Here are four big ones:

For many investors, the pros of non-traded REITs outweigh the cons

Non-traded REITs come with their share of trade-offs compared to their publicly traded peers. However, these differences, even the cons, often make them appealing options for investors who want to buy a portfolio of commercial real estate. That's because non-traded REITs enable investors to diversify their portfolio outside of the stock market. Further, they can potentially earn higher returns over the long term since they can purchase shares at the NAV instead of at a premium. That's why non-traded REITs -- especially public crowdfunded ones -- can be a worthwhile consideration for investors.

However, investors need to be extra cautious when it comes to investing in non-traded REITs so that they don’t end up stuck in a bad investment or falling for a REIT scam. Doing thorough due diligence is a must, which includes finding out everything you can about those who are managing the REIT as well as reading through all the available information. 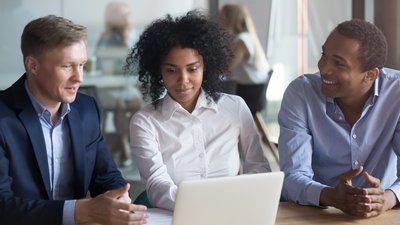