You've got a nice little nest egg sitting in your 401(k), but Uncle Sam says you can't touch it until you're over 59 1/2, or you'll pay steep penalties. Talk about a buzzkill. But what most people don't realize is there's actually an exception to this rule. You can take out as much money as you want without paying it back, and you won't be charged any penalties.

The catch? You have to be at least 55 years old, unless you're a qualified public safety employee, in which case a lower age of 50 applies. Typically referred to as the Rule of 55, it's a special provision that allows adults between the ages of 55 and 59 1/2 to withdraw money from their 401(k) penalty-free under certain circumstances. Here's an overview of how it works. 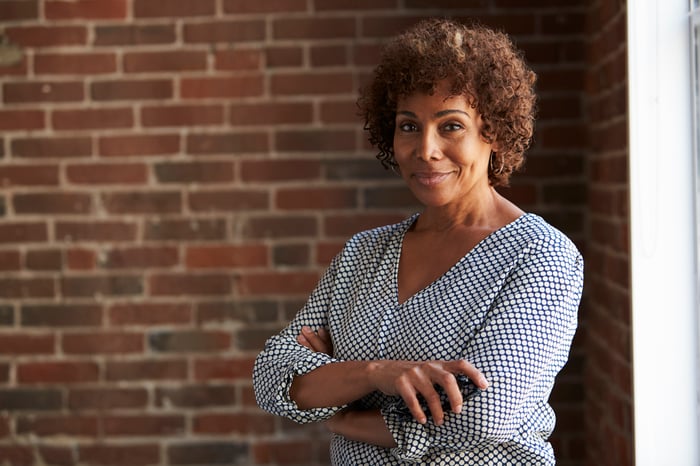 The IRS Rule of 55 enables adults who quit their job, are laid off or fired to withdraw money from their 401(k) or 403(b) without paying a penalty, though you will still have to pay taxes on the withdrawn amount. This rule goes into effect on Jan.1 of the year that you will turn 55, so if you leave your job during this year but before your birthday, you can actually start tapping your 401(k) at 54 without penalty. Qualified public safety employees, including law enforcement officers, firefighters, and emergency medical services personnel, are eligible for this benefit starting at age 50.

But this doesn't apply to all of your retirement accounts -- only the one for your current employer. So you'll still have to wait until you're 59 1/2 to access your IRA funds or any 401(k) funds from a previous employer. But you can get around this by transferring the funds from your old 401(k) to your new one.

Just because you can take a distribution doesn't mean you should

While you may be able to begin taking distributions from your 401(k) early, that doesn't mean it's a good idea. The longer the money remains in your 401(k), the more compound interest can make it grow. By taking it out now, you could be depriving yourself of even more. That $30,000 you withdraw this year to cover your living expenses could grow into $44,725 by the time you're 59 1/2, assuming an 8% rate of return. That's a difference of nearly $15,000.

It's best to avoid drawing on your retirement savings for as long as you can, unless you're confident that you have more than enough to see you through the next couple of decades. Of course, there may be times when it makes sense to begin taking 401(k) distributions early. If you cannot find another job or you're unable to work for some reason, the Rule of 55 can be a lifeline that helps you stay afloat until you can get back on your feet.