Click here to see our top picks for mining stocks.

Tesla ( TSLA -1.91% ) is building electric cars. So are General Motors, Nissan, and even Volvo! And what all these electric cars will have in common is that they use lithium batteries to power their motors.

The age of the lithium ion battery is upon us, and so naturally investors are swarming all over lithium stocks. But here's something you may not have realized: Lithium comprises only about 14% of the mass of a Tesla automotive "2170" battery cell. It turns out cobalt mining is just as important to the production of Tesla's Nickel Cobalt Aluminum Oxide (NCA) batteries as is lithium. (And other forms of lithium ion batteries use as much as 60% cobalt!) 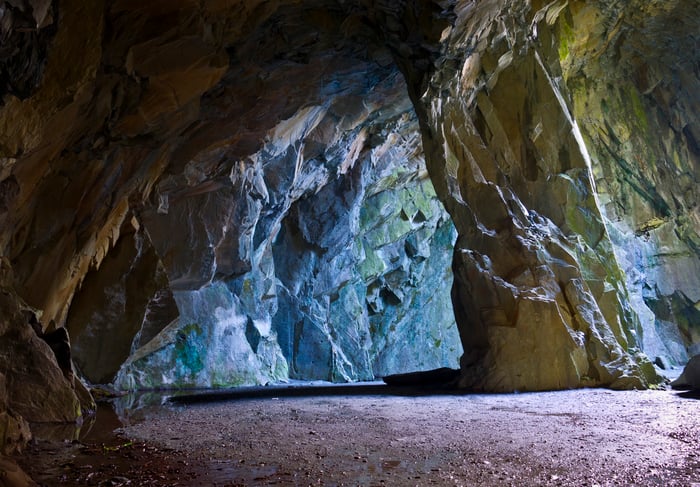 So instead of investing in lithium stocks, which have already been picked over pretty thoroughly, perhaps investors should be looking to buy stock in cobalt mining companies instead. Here are three top cobalt stocks you might consider:

Finding a pure play cobalt miner to invest in isn't as easy as you might think (or want). This is because almost nobody actually goes out and mines cobalt intentionally -- only about 6% of cobalt is produced by dedicated cobalt miners. Instead, the metal is mostly produced as a byproduct of nickel and copper mining. Anywhere from 94% to 97% of the cobalt coming to market today comes from such dedicated nickel and copper miners.

That's a pretty unreliable way to produce cobalt in a world where 42% of global cobalt production goes to the making of lithium ion battery cathodes (that's the negative side of the battery). Making matters worse, 65% of the world's cobalt comes from just one country -- the Democratic Republic of Congo. It's either bought from Congo directly or via foreign (i.e. Chinese) companies operating in Congo. Here in the U.S., no one has actively mined cobalt in about 40 years.

This creates a conundrum for lithium battery makers. Two-thirds of the world's cobalt is coming out of a single deeply troubled national supplier. More than half that cobalt is already needed for purposes other than making batteries. But by 2019, experts predict that more than 50% of cobalt production will be needed to produce batteries.

Unless something changes, this sets up a situation for an imminent supply crunch in cobalt mining -- and big profits for cobalt mining companies such as Glencore, Freeport-McMoRan, and China Molybdenum.

Which of these cobalt stocks offers the greatest potential for investment? According to 2015 data from the non-profit trade association the Cobalt Development Institute, Glencore is the world's largest cobalt mining company, accounting for 9,300 tons of the stuff in 2015 -- about 22% of global production. Freeport-McMoRan was No. 2 that year, producing 8,582 tons. However, in 2016 (i.e. after CDI's most recent report), Freeport agreed to sell its stake in a Bermuda-based holding company controlling the Congolese Tenke Fungurume copper-and-cobalt mine to China Molybdenum for $2.65 billion.

Freeport retains an interest in the cobalt trade through its Freeport Cobalt subsidiary. China Moly tried to buy the subsidiary earlier this year, but could not agree on a price. Still, the sale of Freeport's Congolese interests means Freeport-McMoRan today is probably a smaller player than it once was -- and China Moly a bigger one.

Valuation-wise, the stocks of all three of these cobalt mining companies are pretty expensive. Freeport stock alone has risen 22% over the past year, outpacing the S&P 500's performance. But Glencore has gained three times as much -- 78% -- while rising star China Molybdenum has more than doubled in price. As shown on the chart above, this has left all three cobalt mining stocks trading at pretty pricey levels. Still, at a P/E just over 20, Freeport-McMoRan looks the cheapest of the bunch.

With free cash flow having just turned positive again after two years of burning cash, and S&P Global Market Intelligence projecting earnings to nearly double over the next four years, Freeport-McMoRan looks to me like the best way to invest in cobalt mining today.