There are many good reasons to save in a traditional 401(k) plan. For one thing, the money you contribute goes in tax-free, thus giving you an immediate break. Furthermore, your money gets to grow on a tax-deferred basis until the time comes to take withdrawals in retirement.

But what if you want to access your money before retirement? For example, you might need money to pay for a home, higher education, or medical expenses, all of which are hardly frivolous expenditures. The problem, however, is that unless an exception applies, any time you withdraw money from a 401(k) before age 59 1/2, you risk a penalty equal to 10% of your early distribution. But there are several exceptions you should know about. 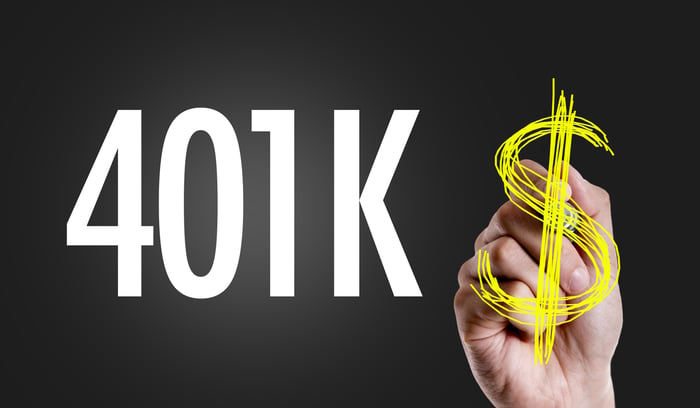 Because the IRS gives you a pretty substantial tax break for contributing to a 401(k), it wants you to leave that money alone until age 59 1/2. Therefore, if you remove funds to, say, buy a car in your 40s, you can pretty much count on getting hit with a 10% penalty on whatever amount you withdraw. However, in the following scenarios, you can potentially access your 401(k) dollars early and avoid a penalty:

Note that unlike IRAs, 401(k) plans do not allow you to remove funds prematurely to pay for college or a first-time home. Furthermore, while you are allowed to transfer money from a 401(k) into another retirement plan, like a new employer's 401(k) or an IRA, that rollover must typically be completed within 60 days if you want to avoid a penalty.

You might avoid a penalty, but you'll still pay taxes

Clearly, the last thing you want to do is take an early 401(k) withdrawal and get slapped with a 10% penalty. But even if you qualify for an exception to that penalty, don't forget that you'll still be on the hook for taxes on your distribution. Remember, while traditional 401(k) plans are funded with tax-free money, the withdrawals you take from them are taxed at your ordinary income rate. This holds true whether you take a distribution before age 59 1/2 or after, so even if you manage to avoid an early withdrawal penalty, you still won't get access to the entire sum you take out.

You need that money later in life

One final thing to keep in mind about early 401(k) withdrawals is that the more money you remove during your working years, the less you'll have available in retirement. Therefore, you're better off coming up with other ways to access the cash you need and leaving your retirement savings alone.

Remember, too, that any time you take an early withdrawal, you're losing out not just on that principal amount, but also on the sum it could've grown into. So if you remove $25,000 from your account at age 40 and your investments typically generate a yearly 7% return, then by age 60, you won't just be short $25,000 -- you'll be short $97,000. And that could make a huge difference during your golden years.

Though there are exceptions to the 401(k) early withdrawal penalty, qualifying for them is often easier said than done. It pays to explore different options before accessing your 401(k) before age 59 1/2, because the last thing you want is to give up 10% of the money you worked hard to save.

Are There Exceptions to the 401(k) Early Withdrawal Penalty? @themotleyfool #stocks Next Article
Current