Meanwhile, the S&P 500's performance was all wet, as the index, including dividends, fell 1.6% in August. 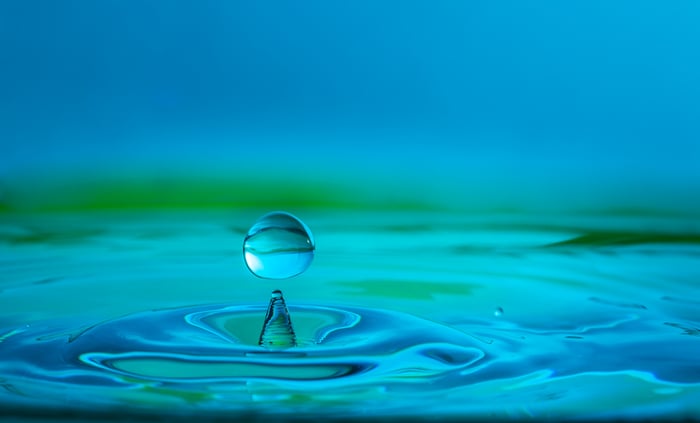 We can attribute the strong August performances of American States, American Water, and California Water -- which are the three largest publicly traded pure-play water utilities operating in the United States by market cap -- largely to a couple of macroeconomic factors. First, investors have become increasingly anxious about an impending recession due to slowing global growth and the Trump administration's escalating trade war with China. So, they've been pouring money into investments that are viewed as safe havens, including dividend-paying utility stocks. Demand for the products and services that utilities provide tends to remain relatively stable during economic downturns. 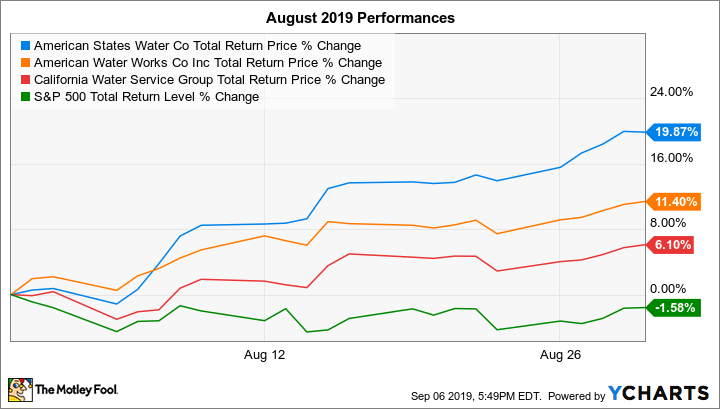 American Water Works, which is based in New Jersey, is the largest water utility by market cap and the most geographically diverse. It has a presence in 47 U.S. states and one Canadian province, with regulated water and wastewater operations in 16 states.

American Water and American States also have market-based businesses that operate and maintain water systems on military bases throughout the U.S. via super-long-term contracts.

Expanding our lens beyond one month, you can see that American Water and American States stocks have been having a great 2019, with each beating the market by roughly 2-to-1. Shares of California Water are somewhat lagging the market. 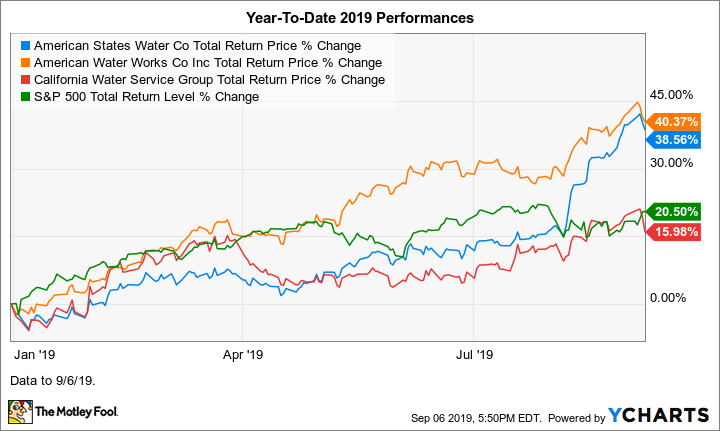 The 10-year story is similar to the 2019 one in that American Water and American States stocks have significantly outperformed the S&P 500. Shares of California Water have slightly beaten the market. 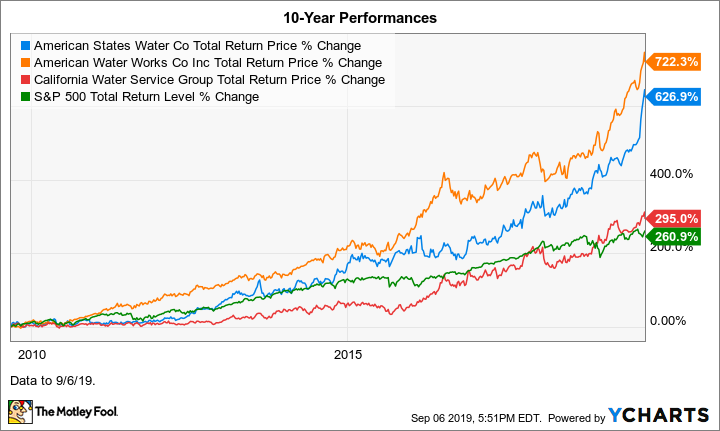 Granted, the larger water utility stocks have run up in 2019, but select ones still make for solid long-term investments, in my opinion. American Water and American States are both good choices in this space.

If you use dollar-cost averaging you'll avoid the risk of buying all your shares at a market peak. Dollar-cost averaging involves investing the same dollar amount at some set interval (such as quarterly) until you build your full portion in a stock.