5G, which stands for "fifth generation," is an upcoming standard for mobile telecommunications service that promises to be significantly faster than today's 4G technology. It will allow users to browse the internet, upload or download videos, and use data-intensive apps or features such as virtual reality much more quickly and smoothly than is possible now.

What is 5G technology?

When it arrives, 5G technology will utilize a higher-frequency band of the wireless spectrum called millimeter wave that allows data to be transferred much more rapidly than the lower-frequency band dedicated to 4G. The downside is that millimeter wave signals don't travel as far: The new 5G networks will require many more (albeit smaller) antennas spaced closer together than previous wireless generations. 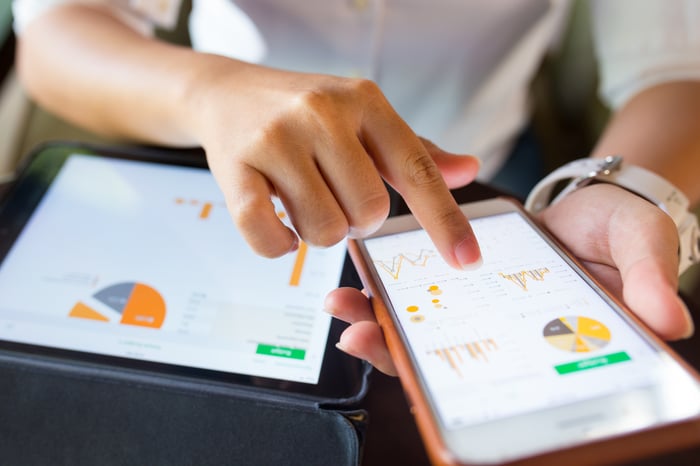 But on the plus side, the technology should be able to meet the vast needs for additional data transmission capability that are expected in the next several years. Some industry analysts estimate there will be nearly 21 billion internet-connected devices by the year 2020, more than three times as many as there were in 2016. That figure doesn't just include phones, tablets, computers – devices such as home appliances, cars, dog collars, and many more are getting connected via the Internet of Things.

How much better than 4G will it be?

It depends who you ask. Verizon has said that its 5G network will likely deliver speeds 200 times faster than many of its 4G LTE users get now. According to Gizmodo, 5G networks will have the capacity for transfer speeds 10 times those of 4G networks. Other forecasts vary considerably, with some experts saying that 5G connections will initially be about three times faster than 4G, and others making claims on par with Verizon's.

One big reason for those discrepancies is that 5G hardware standards haven't yet been agreed upon by the telecommunications industry. The carriers are still developing several versions of the technology. So naturally, there's no clear "speed multiple." But all companies involved are pursuing 5G that will be significantly faster than today's mobile wireless connections.

When will it be available for my devices?

The short answer is, probably in 2020. Both AT&T and Verizon have already begun testing their 5G technologies, but in very limited trials. Many companies are investing billions of dollars to develop and prepare for the coming 5G standard. But this is an upgrade that will require a big infrastructure deployment, plus new tech inside your phone, so it's expected to be a few more years before 5G becomes widely available to consumers.

Have there really been five generations of mobile technology?

Once the 5G network is deployed, there will have really been five distinguishable generations of wireless phone (and now mobile device) technologies.

In addition, the 4G notation today is often followed by the letters "LTE," which stand for "long term evolution." Without getting too technical, this became the industry standard for 4G service because of its speed and consistency, and while it made the existing 4G technology faster, it isn't a separate generation of technology (a new form of wireless signal) all by itself.