In fact, you'll often hear $1 million thrown around as an ideal target. You don't necessarily need a full million to retire comfortably -- but having that much on hand certainly can't hurt, either.

Still, it's a feat most savers struggle to achieve. In fact, only 12% of Americans in their 60s and 70s have $1 million or more in their nest eggs, according to a new survey from TD Ameritrade. But if you're serious about accumulating a cool $1 million by the end of your career, here's how to do it. 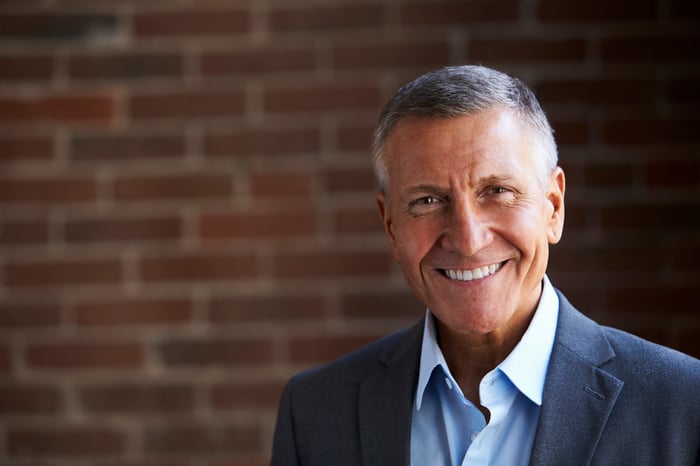 The more time you give yourself to save, the more likely you'll be to accumulate a bundle. You won't have to part with as large a sum each month as savers who start later in life, so funding your nest egg becomes fairly easy. In fact, if you begin setting money aside as soon as you get your first job out of college, you could conceivably have a 45-year savings window to work with.

The money in your IRA or 401(k) needs to grow, and stocks are generally your best bet in this regard. If you play it too safe with your investments by sticking largely to bonds, you'll limit your nest egg's growth, and as such, you'll need to set aside even more of your hard-earned money each month to see solid results over time.

How well will your savings efforts pay off?

Let's imagine you do, in fact, give yourself a 45-year savings window for retirement. And assume that you load up on stocks, at which point there's a good chance your investments will generate an average annual 7% return, since that's a few percentage points below the stock market's average. In that case, here's what your savings balance could amount to, depending on how much you sock away monthly:

Not only are these some pretty impressive numbers, but they're also quite attainable given the modest monthly contributions they require.

If you don't have 45 years of work ahead of you, you may need to put away more each month to achieve similar results. But even if you're limited to a 30-year savings window, you can get to $1 million in a 401(k) by contributing $900 a month to that plan, which is just a bit more than half of what you're allowed to put in if you're under 50. And if you only have 20 years to save, you can get to $1 million by saving $2,100 a month, which isn't easy, but it falls within the $26,000 annual 401(k) contribution limit for workers 50 and over. All of this assumes you snag the 7% average annual return we used earlier. But again, if you go heavy on stocks, that's a reasonable assumption.

You don't have to end up with $1 million to enjoy retirement to the fullest. With a more modest lifestyle, you may do just fine with half that amount, or even less. The point is that saving $1 million is more doable than you might think, provided you start early enough or otherwise make some sacrifices later in life.