Cryptocurrency is a digital currency that doesn't rely on central banks or trusted third parties to verify transactions and create new currency units. Instead, it uses cryptography to confirm transactions on a publicly distributed ledger called a blockchain.

That definition might seem downright cryptic right now. But, by the end of this overview, you won't need a decryption key to understand crypto.

There are thousands of different cryptocurrencies in circulation, each with varying values. The first cryptocurrency, Bitcoin (CRYPTO:BTC), was developed in 2009 by a programmer using the pseudonym Satoshi Nakamoto.

The global financial system, as a collective entity, has historically been responsible for establishing and ensuring the legitimacy of monetary transactions.

The validity of cryptocurrency is established and maintained without any involvement by the world's central banks. Instead, ledgers of cryptocurrency transactions are publicly maintained. Transactions verified by blockchain technology are immutable, meaning they cannot be changed. That prevents hackers from producing fraudulent transaction records and establishes trust among users. 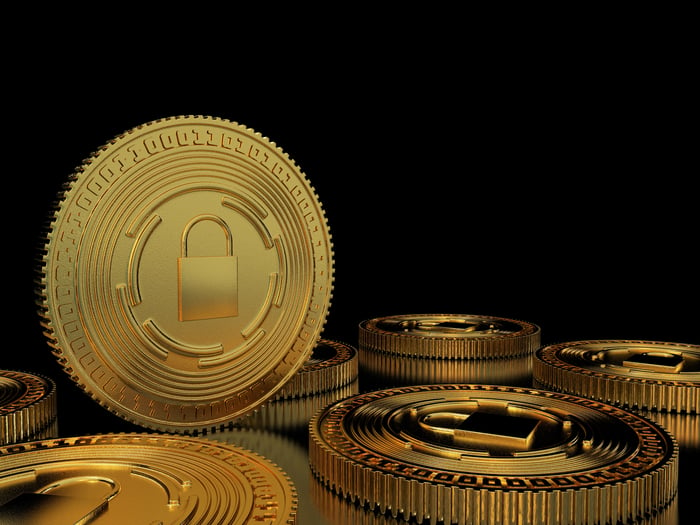 The reason there are so many cryptocurrencies is because it's extremely easy to create one. Ethereum's (CRYPTO:ETH) blockchain allows users to write bits of code to the blockchain, essentially letting anyone launch a new token that uses the Ethereum network. So instead of having to build the whole thing from scratch, developers can just use the pre-existing infrastructure.

The cryptocurrency network's miners access your public key to confirm that your private key was used to encrypt the transaction. Once the block that includes your transaction is confirmed, the ledger is updated to show the new cryptocurrency balances for both your address and the seller's address. This entire process is conducted by software.

A block includes a reference to the block that immediately precedes it. The blocks create a chain, linking one to another through references to prior blocks. To change a block in the ledger, a hacker would have to reproduce the entire chain of blocks following it since not doing so would create a chain of invalid references that would not be accepted by the cryptocurrency network. 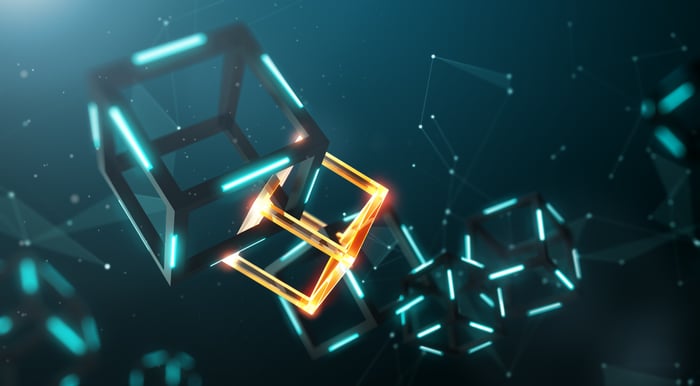 Blocks include additional information that further enables the cryptocurrency network to verify the validity of the block. The proof-of-work method of establishing distributed consensus relies on cryptocurrency miners using high computing power to add blocks to the blockchain. The computing power solves complex puzzles such as math problems for which solutions are easily verified as being correct. The miners are typically rewarded with cryptocurrency and transaction fees.

Another method of establishing distributed consensus to add to a blockchain is known as proof of stake. Instead of requiring vast amounts of computing power, the proof-of-stake method enables the cryptocurrency holders with the most wealth or the oldest stakes to create blocks by verifying transactions.

Stakeholders are selected semi-randomly. Additional mechanisms are in place to prevent the wealthiest individuals from creating fake transactions or otherwise exerting too much power over the blockchain.

Why is crypto so popular?

Bitcoin is by far the most valuable cryptocurrency. As the original cryptocurrency, it has the strongest adoption rate and a large network of miners. Those factors ensure it remains at the top of this list. 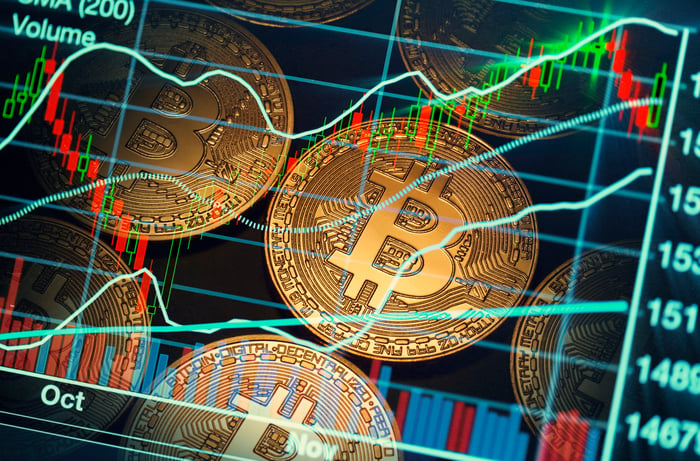 Bitcoin and Ether stand out among all the others. Buying Bitcoin is an obvious choice for anyone interested in cryptocurrency. It's widely supported, and a well-established ecosystem of software is available to facilitate transactions.

Ether is attractive because of the value of the Ethereum blockchain in establishing new tokens, DeFi services, NFTs, and other blockchain applications.

Advantages and disadvantages of cryptocurrency

Using cryptocurrency has several big advantages over traditional finance. They are:

There are also some disadvantages to holding cryptocurrency. They include:

How to mine cryptocurrency

Mining cryptocurrency is the process of using your computing power to verify transactions on the blockchain. When you verify a block, you receive a reward and collect some fees from the transacting parties.

In order to get started mining cryptocurrency, you'll need to have a computer you can dedicate to the process. You'll need a computer with energy-efficient processors in order to make sure you don't spend more on electricity than you earn from mining.

There are really only two viable processor options to mine most cryptocurrencies: GPUs or ASICs. A GPU is a graphics processing unit typically found in gaming PCs or high-end PCs used for graphics rendering. ASIC stands for application-specific integrated circuit. It's a chip designed specifically for one task -- mining a certain cryptocurrency.

Once you have the hardware, it's just a matter of setting up a cryptocurrency wallet and some mining software. Be sure to store your mining computer in a cool and well-ventilated part of your house since it will generate a lot of heat. And make sure you keep it connected to the internet in order to mine all day.

Once everything is set up, it's a pretty hands-off process. However, you need to keep an eye on the cryptocurrencies you mine. A sharp drop in price could make the operation unprofitable.

The newness of cryptocurrencies makes their risks not easily understood, which translates into a poor understanding of how cryptocurrency values correlate with the values of other assets. Not enough historical data exists to confidently predict how the prices of cryptocurrencies fluctuate when the prices of other assets change. This lack of visibility creates an obstacle to establishing a balanced portfolio that maximizes returns without exceeding your desired level of risk.