All investments come with a degree of risk, and having a way to measure that risk is an important part of making a sound investment decision. That's why many investors find the Calmar ratio so useful. The Calmar ratio is a formula used to measure a hedge fund's performance relative to its risk. It's calculated by taking a hedge fund's average annual rate of return, typically over a three-year period, and dividing it by the fund's maximum drawdown. 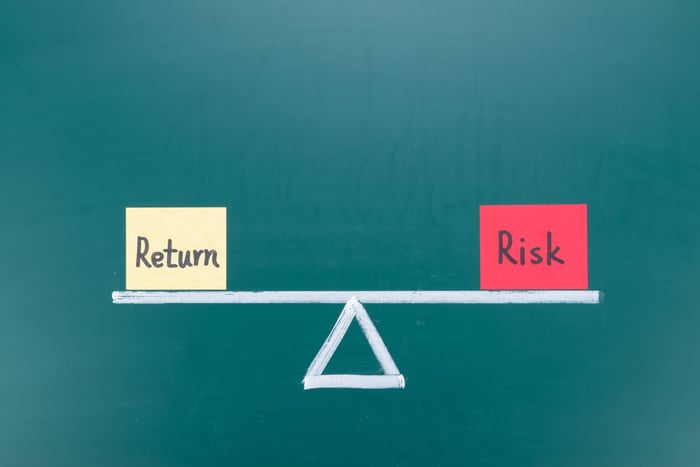 The annual rate of return indicates how a hedge fund has performed over the course of a year. It shows the extent to which a fund's portfolio has gained or lost value, as expressed as a percentage.

Uses of the Calmar ratio

The Calmar ratio measures a fund's performance on a risk-adjusted basis. A higher Calmar ratio indicates that a fund's return has not been at risk of large drawdowns. A lower Calmar ratio, on the other hand, suggests that the drawdown risk is higher.

In other words, if you invest in Fund B, you might stand to gain more than if you were to invest in Fund A. However, you also stand to lose more. The purpose of the Calmar ratio is to illustrate the level of risk taken to achieve a return. Different investors have varying tolerances for risk, but the Calmar ratio can help you align your appetite for risk with the investment choices you're presented with.

This article is part of The Motley Fool's Knowledge Center, which was created based on the collected wisdom of a fantastic community of investors. We'd love to hear your questions, thoughts, and opinions on the Knowledge Center in general or this page in particular. Your input will help us help the world invest, better! Email us at [email protected] . Thanks -- and Fool on!