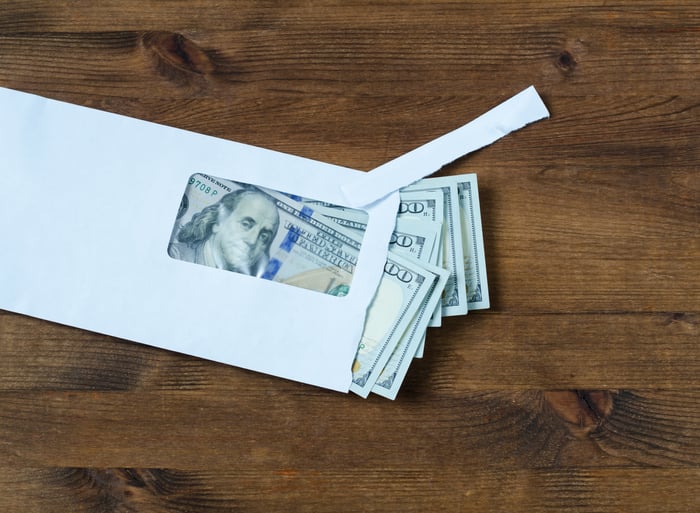 An annuity can give you and a contingent annuitant guaranteed income for life. Image source: Getty Images.

When you buy an annuity, or when you start receiving pension payments, you have two main options. You can choose an annuity that makes its payments until the owner's death and then ceases to make payments afterwards, which generally results in the highest monthly payments.

With a joint-and-survivor annuity, the second designated beneficiary is known as the contingent annuitant. If this individual is still alive at the time of the primary beneficiary's death, he or she will continue to receive the annuity's payments for the remainder of his or her life. Once the annuity starts making payments, the contingent annuitant cannot be changed.

Essentially, having a contingent annuitant means that the annuity will continue to pay until two people pass away as opposed to just one.

Many different varieties of annuities

Of course, within each of these two main categories, there are many different possible structures of benefits. For example, some annuities with a sole beneficiary guarantee to return at least the original principal. If the owner dies before the original principal amount has been paid out, the difference will go to the owner's heirs.

Some joint-and-survivor annuities may continue to pay the exact same monthly benefit to the contingent annuitant, while others may pay a reduced benefit after the primary beneficiary's death -- half of the benefit is a common amount.

Additionally, some annuities pay a fixed monthly amount, while others are periodically adjusted for inflation. Some pay a benefit for the rest of the owner's -- or contingent annuitant's -- life, while others pay for a set number of years, such as 20 or 30. The point is that there are literally hundreds, if not thousands, of possible annuity structures to choose from.