Though working Americans have several options when it comes to saving for retirement, 401(k) plans are one of the most universally appealing. Not only do they come with generous annual contribution limits -- $18,000 a year for savers under 50 and $24,000 a year for those 50 and older -- but because they're managed by employers, it's easy to sign up and contribute. If you're among the lucky 59% of workers who have a 401(k), here are some strategies that can really pay off in the long run.

While not all companies sponsor a 401(k), those that do tend to offer employees free money just for participating. An estimated 92% of employers who provide a 401(k) also match employee contributions to some degree, yet a good 25% of participants don't put in enough of their own money to capitalize on it. In fact, the average employee who passes up a match, whether in part or in full, is currently forgoing $1,336 a year. 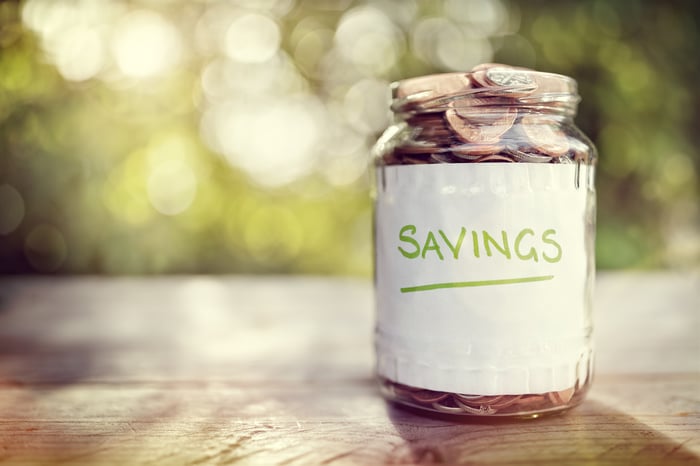 If you really want to grow your nest egg, make sure your 401(k) contributions suffice in snagging that full match. Remember, if you collect an additional $1,336 each year over a 40-year career, you'll add $53,440 to your savings right off the bat -- but that assumes zero investment growth. If you invest that extra $1,336 annually at a 7% return (which is a few points below the stock market's average), you'll have an additional $266,000 to work with after 40 years. Wowza!

2. Keep your investment fees to a minimum

An overwhelming majority of Americans don't know how much money they're losing to 401(k) fees. And while some fees, like administrative ones, are unavoidable, you can control your investments fees by choosing index funds over actively managed mutual funds.

Unlike mutual funds, index funds are passively managed. Their goal is to match the performance of existing indexes, like the S&P 500. Their fees therefore tend to be considerably lower, despite the fact that they tend to outperform their actively managed counterparts. Investing in index funds over actively managed funds could easily save you 1% a year in fees. For a $500,000 portfolio, that's an automatic $5,000 in annual savings.

The beauty of 401(k) plans is that they allow your money to grow on a tax-deferred basis. By contributing, you can take advantage of compounding without having to worry about immediate tax implications.

Now many workers contribute to their 401(k)s by arranging to have the same amount come out of each paycheck throughout the year. But if you front-load those contributions so that you're fully funding your 401(k) earlier on in the year, you'll get that cash into your account sooner, which will give it extra time to start earning money for you.

Here's an example. Imagine you get paid once a month and currently contribute $300 each pay period to your 401(k) for an annual total of $3,600. If you double up on those contributions and stick $600 a month into your account during the first half of of the year, you'll get to put that money to work for six extra months. Do this year after year and those additional earnings could really add up.

Of course, this strategy only works if you have enough wiggle room in your budget to cover those larger contributions. But if you can manage without that money earlier on in the year, you'll get an even greater opportunity to use compounding to your advantage.

4. Fund your account with whatever extra money you get

The great thing about 401(k)s is that you're typically allowed to change your contribution amount on the fly (though it might take a couple of pay periods to kick in). This means that if you suddenly find yourself a few thousand dollars richer, whether from a performance bonus, tax refund or inheritance, you're generally free to stick that money into your account so that it can start earning even more. And while your "extra" contributions shouldn't replace those that are regularly scheduled, you'd be surprised at what a small lump sum might do for your nest egg.

The more thought you put into your 401(k), the better positioned you'll be for a comfortable retirement. If you follow these tips, you'll be well on your way to building what could be a rather sizable nest egg.