Telecommunications is a worldwide industry, with some of the best growth opportunities located far from our domestic shores. Through the magic of American depositary receipts, it's actually easy to invest in foreign companies with a sharp focus on intense global growth.

In that light, let me walk you through three of the best international telecom stocks you can buy right now. Orange (NYSE:ORAN) and Telefonica (NYSE:TEF) have a lot in common, while China Telecom (NYSE:CHA) is a very different type of investment opportunity. 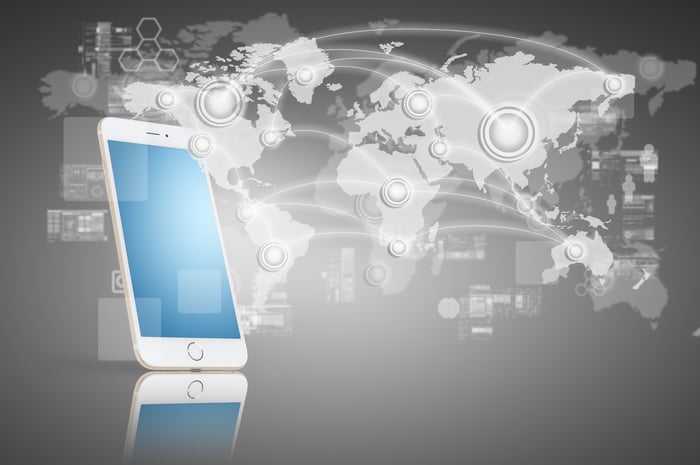 The case for China Telecom

This is where you go if you want to tap into the world's single largest consumer population, at a time of expanding buying power.

The company had 215 million mobile subscribers at the end of 2016, along with 123 million wireline broadband customers and 127 million landline phone accounts. China Telecom collects essentially all of its revenue from operations in mainland China, and the business model has delivered solid growth in top-line sales as well as EBITDA profits over the last five years.

Looking ahead, only 57% of China Telecom's mobile subscribers are paying for 4G data plans today, leaving lots of room for upsells to faster and more profitable data lines. The company is already planning out its next-generation 5G strategy, which should widen profit margins even further. Among the telecom's wireline broadband customers, 86% already have fiber-optic connections to the home, which means that growth in that segment would need to come mostly from signing up brand-new clients.

China Telecom is a lot like the single-market giants we have here in the U.S., only serving a much larger population and with a little bit more of the 4G era left to explore. It's a rock-solid company and stock for risk-averse investors.

Welcome to France (and more)

The company formerly known as France Telecom still counts the French market as its largest customer base, but has set its sights on growth markets far beyond Toulouse and Marseilles. Orange-branded services in other European markets, such as Spain, Poland, and Belgium, accounted for 26% of the company's sales last year. Operations in Africa and the Middle East plus international services co-managed with other companies added up to 17%.

The Africa and Middle East division stands out as Orange's strongest growth market, showing 9.5% revenue growth in 2016 and 30% over the last two years. There's a real growth business in providing mobile data and voice services to developing countries like Egypt and Cameroon.

All told, Orange served 263 million customers across 29 countries at the end of 2016; 60% of the mobile subscriber list came from Africa and the Middle East, while 95% of the wireline demographic was found in Europe (including 61% in France alone).

This is a play on emerging-market growth, with the financial foundation of a solid French and European base. The international expansion strategy has been costly in recent years, and heavy competition in the French market put some more stress on Orange's business model. But the French situation has settled down, and those international investments are bound to bear fruit in the not-too-distant future. That's why my own investment portfolio holds a few Orange shares. 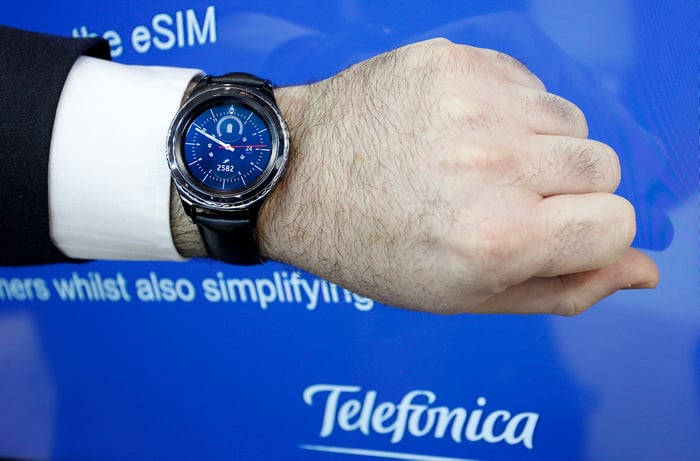 Telefonica is kind of like Orange on steroids. It follows the same basic idea of growing mostly abroad, but everything is bigger and more audacious.

Twenty-five percent of Telefonica's mobile subscribers have upgraded to 4G plans, doubling the 4G penetration rate from a year ago and up from just 4% by the end of 2014. The growth story is the same as everywhere else, but with a more dramatic growth curve.

The company's chief markets can be found in Spain (of course), in a handful of other Western European nations, and all over Latin America. Future business plans are built around high-speed data services of every kind.

As you saw in the Orange discussion, international growth doesn't come cheap. Hence, Telefonica's share price comes with a generous risk-based discount baked in. Analysts have started to take notice, tapping the stock as a buying opportunity at today's attractive prices. It's not the safest investment you'll ever make, but Telefonica can be an exciting high-growth play for the right kind of risk-tolerant investor.