It's no secret that the industrial sector is slowing in 2019, and a slew of companies have reported weakness in the current earnings season. Given that Rockwell Automation (NYSE:ROK) is one of the most cyclically exposed companies on the market, it's hardly surprising to see the company cut its full-year earnings guidance. That said, such situations can throw up buying opportunities, and Rockwell is a company with exposure to some very attractive end markets. Let's take a closer look.

Why Rockwell Automation has been cutting guidance

When industrial companies see slowing end markets, the first thing they look to do is cut expansionary capital expenditures, and that's why sales of Rockwell's automation solutions come under threat in any slowdown. A quick look at the evolution of the company's guidance through 2019 shows how end-market conditions have gotten progressively worse. As a reminder, Rockwell's financial year runs to the end of September.

Digging into the details, at the time of the second-quarter results in April, management cut guidance largely on the back of deterioration in the automotive sector. Frankly, that's nothing surprising. The outlook for light vehicle sales and production has steadily gotten worse in 2019. And as an early adopter of automation, the automotive industry has been reluctant to spend, which has hit companies like Rockwell and machine vision company Cognex (NASDAQ:CGNX) relatively hard.

Fast forward to the third-quarter earnings, and the good news is that CEO Blake Moret didn't reduce the automotive outlook any further. The bad news is that the weakness has spread to other parts of the industrial sector. 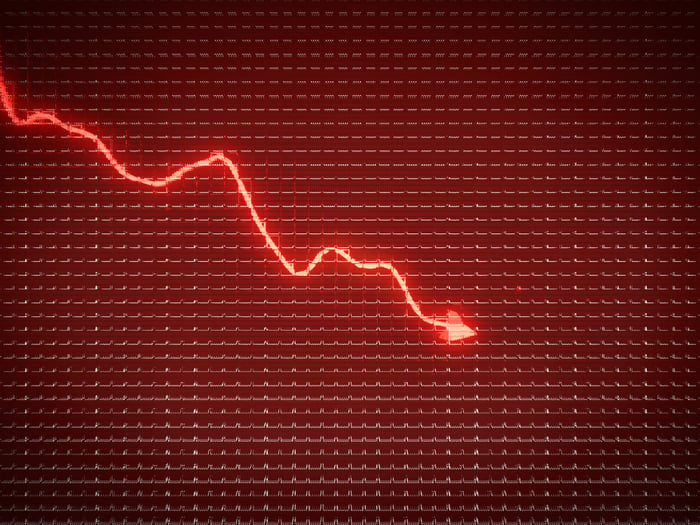 Moret discussed the company's performance in the third quarter and highlighted the relatively strong and weak areas while noting that "we saw strong growth in our longer-cycle end markets, while shorter-cycle end markets weakened." Much of Rockwell's experience has mirrored the recurring theme of earnings season, whereby the industrial supply companies (very short cycle) reported weakness. Cognex reported weakening conditions in automotive and consumer electronics.

Meanwhile, Dover (NYSE:DOV) saw a mix of strength in its biopharma and energy-related businesses and weakness in refrigeration and food equipment. Danaher (NYSE:DHR), a life science- and diagnostics-focused company, had an excellent quarter, and its guidance looks conservative. Honeywell International (NYSE:HON) reported strong aerospace earnings but some weakness in short-cycle businesses, and management talked of some large projects in process industries being pushed out. Rockwell CEO Moret also said, "Some of the project delays that we saw in Q3 impact process."

Is it time to buy the cyclical stocks on weakness?

Clearly, the contagion is spreading, and Rockwell's guidance is an implicit recognition of that fact. The chart below shows the company's sales growth in recent years. For reference, the architecture and software segment is more exposed to short-cycle businesses and doesn't contain any of the solutions and services businesses, which are seen as less cyclical revenue.

Rockwell's guidance is for fourth-quarter organic sales growth to dip into negative territory with a decline of 3% to 3.5%. 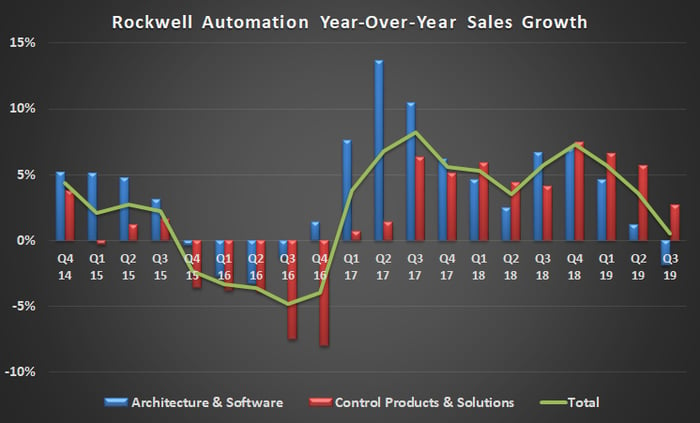 The question now is, when will Rockwell return to sales growth, or at least pass an inflection point at which sales hit a trough and the trend starts turning up again, as in the third quarter (to the end of June) of its fiscal 2016?

It's a good question, because as you can see below, Rockwell's stock had a great year in 2016 as the market anticipated a bottoming in the architecture and software segment before turning up later in the year. 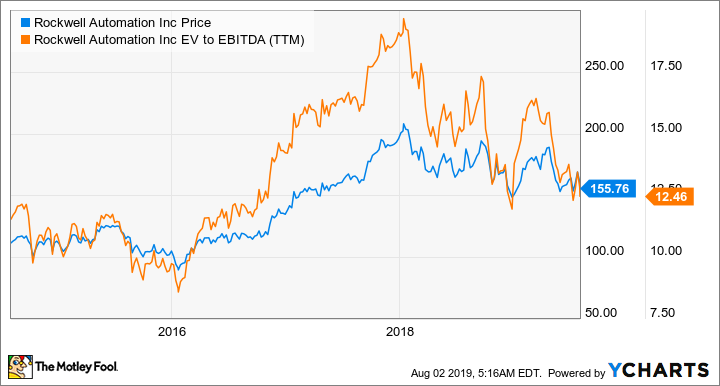 Is Rockwell Automation a buy?

The bearish case sees the short-cycle weakness as being a precursor to the start of delays in long-cycle investment, and Rockwell could suffer a protracted period of sales declines.

The bullish case is that the main area of weakness is in automotive and the short-cycle weakness is a temporary event caused by a pause in spending in response to worries over trade tensions, slowing growth in China, and an overreaction to a natural slowing in the economy following strong growth in 2018. Moreover, the long-term outlook for the company remains strong, with automation and the Internet of Things at the forefront of demand for its solutions.

The bullish argument may look stronger, but cautious investors will want to hear about a trough in Rockwell's architecture and software segment before being fully confident in the company's midterm prospects. That might take a quarter or two.