What are electric car stocks?

Electric cars -- often referred to as “EVs,” short for electric vehicles -- are automobiles that use electricity to power their engines as opposed to burning fuel like gasoline or diesel.

Electric car stocks are stocks of companies that focus primarily on manufacturing electric cars. Even though all major car companies -- including Ford (NYSE:F) and General Motors (NYSE:GM) -- are developing and/or manufacturing at least one electric vehicle model, they’re usually considered “traditional automakers” because their primary products aren’t electric. The best electric car company stocks of 2020 were generally those that were already producing electric cars for sale, as opposed to those that simply planned to do so in the future.

Sometimes a company that manufactures components used in electric or next-generation cars -- like batteries or autonomous vehicle systems -- is also considered a part of the electric vehicle industry.

What are some notable electric car companies?

Any list of electric car stocks -- unless it’s a list of the smallest or newest -- needs to include the great-granddaddy of them all, Tesla (NASDAQ:TSLA).

2020 was a banner year for Elon Musk’s electric car company. During Q2 2020, not only did it post its fourth consecutive quarterly net profit (for the first time ever), but its market cap also surpassed that of Toyota (NYSE:TM) to make Tesla the most valuable car company in the world, despite its producing only a fraction of the number of vehicles that Toyota does.

On Aug. 31 Tesla’s stock split 4 for 1, and on Dec. 21 it was added to the S&P 500. It continued to grow worldwide sales of its Model 3 sedan and to ramp up production of its Model Y crossover SUV. It broke ground on two new Gigafactories in Berlin and Austin.

With all these milestones, it’s no wonder the stock rose more than 750% in 2020, reaching all-time highs. However, questions about Tesla’s lofty valuation (more than 1,000 times earnings) continue. Can the company continue its record-breaking growth trajectory through new products like the Cybertruck and Semi, or will shares eventually crash down to earth?

Chinese electric car IPOs, including those of Li Automotive (NASDAQ:LI) and Xpeng (NYSE:XPEV), gained a lot of attention from investors in 2020. That fueled interest in fellow Chinese electric car maker NIO (NYSE:NIO), despite NIO’s having been publicly traded since September 2018. Since its stock market debut, NIO has been ramping up vehicle production. In November 2020 it produced more than 5,000 vehicles in a month for the first time, more than doubling its production from the previous year.

All three companies have chosen to focus on the Chinese electric SUV market, trying to compete with Tesla’s Model Y crossover SUV. While Tesla produces the Chinese version of the Model Y in its Shanghai Gigafactory, its Chinese rivals have been able to undercut the company on price. NIO’s EC6 crossover, for example, is eligible for Chinese government subsidies for which the Model Y doesn’t qualify.

As it continues to grow, NIO will surely face stiff competition in the hot Chinese vehicle market, not only from its Chinese counterparts and Tesla but also from traditional automakers hoping to make inroads in the world’s largest car market. Can support from the Chinese government and domestic supply chains tip the scales in NIO’s favor?

Nikola: The Tesla killer that wasn’t

The renewed focus on electric car stocks in 2020 was arguably sparked by Nikola (NASDAQ:NKLA) and its outspoken founder, Trevor Milton. By getting into spats with Tesla’s (also outspoken) CEO Elon Musk on Twitter (NYSE:TWTR) -- not to mention also naming his company after Nikola Tesla -- Milton grabbed headlines for his dream of producing semi and pickup trucks powered by hydrogen fuel cells.

Nikola also made news for going public through a reverse merger with a special purpose acquisition company (SPAC) as opposed to a traditional IPO. It began taking preorders for its Badger hydrogen fuel cell-powered pickup, even though it didn’t expect to begin production until late 2022.

However, in September, after a short-seller’s report accused the company and its founder of fraud, Milton stepped down. In the wake of the accusations -- many of which Nikola denied -- a much-anticipated partnership with General Motors was put on hold. Eventually Nikola announced that it was canceling the Badger pickup and returning all deposits, and a partnership with waste hauler Republic Services (NYSE:RSG) to develop fuel cell-powered garbage trucks was also scrapped. The stock, which had traded above $80/share at one point, fell below $20/share.

Nikola clearly isn’t a good company in which to invest, but it’s an excellent example of the risks of investing in an electric vehicle startup that has no manufacturing history and limited financial and technical data available.

There are too many electric car stocks to talk about in a single article. And if you include stocks that make vehicles other than cars -- like electric pickup maker Lordstown Motors (NASDAQ:RIDE) and electric delivery van manufacturer Workhorse (NASDAQ:WKHS) -- there are even more options to consider.

Other companies that are considered part of the “electric car tech stocks” universe don’t manufacture cars at all. These include:

How is the electric car industry different?

The most important way the electric car industry differs from the automotive industry overall is in how new it is. Until recently, only a handful of companies manufactured any kind of electric vehicle at all; now every major automaker in the world is developing and/or marketing at least one electric vehicle model. That’s a testament to the massive growth potential of electric cars.

Because it’s so new, there aren’t any established leaders yet in the segment besides Tesla, so smaller startups are fighting on fairly even footing with traditional automakers for market share. There will probably be several winners and plenty of losers over the long term, and there’s no real way to know which companies will come out on top. That makes the electric car industry more risky than the automotive industry as a whole.

It’s probably not a good idea to invest in just one electric car company. Owning positions in several companies (big and small), or owning shares of an exchange-traded fund (see below) will maximize your chances of picking a winner.

Other ways to invest in electric vehicles

For investors interested in exposure to the electric car market but worried about the risky nature of many of the companies involved, an exchange-traded fund (ETF) that includes electric car stocks like the Invesco PowerShares WilderHill Clean Energy ETF (NYSEMKT:PBW) may be a good choice.

This ETF tracks the WilderHill Clean Energy Index (NYSE:ECO), which is more broadly focused on clean energy in general as opposed to electric cars in particular. While no company makes up more than 10% of the fund’s holdings, its positions include plenty of electric carmakers, including NIO, Tesla, Workhorse Group, Kandi Technologies, and ElectraMeccanica Vehicles. Meanwhile, it also invests in electric car-related stocks like charging infrastructure specialist Blink Charging, lithium-ion battery maker Livent (NYSE:LTHM), and several hydrogen fuel cell companies like Plug Power.

Another electric car-focused ETF is the Global X Autonomous & Electric Vehicles ETF (NYSEMKT:DRIV), which generally has fewer actual electric car makers among its holdings and focuses more on large tech companies and traditional automakers that have made investments in this space, including Apple (NASDAQ:AAPL), Alphabet (NASDAQ:GOOG) (NASDAQ:GOOGL), and Toyota.

Advances in technology and high interest from investors and consumers have prompted dozens of electric car companies -- and still more related companies -- to go public. There are plenty of exciting opportunities to invest in this highly competitive, fast-growing industry. 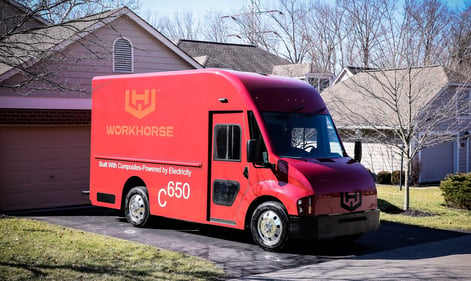 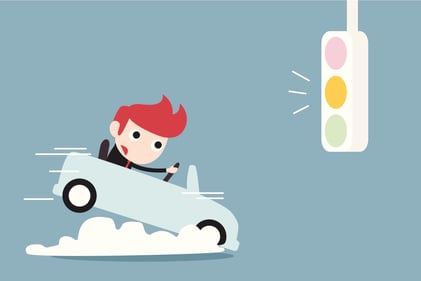 Elon Musk was on "Saturday Night Live" over the weekend. His rivals took advantage of that.

Ford's answer to the Tesla Cybertruck will break cover on May 19. 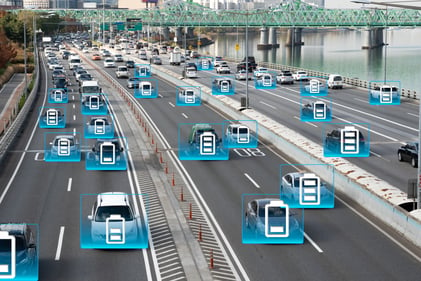 These 3 Companies Will Give Tesla a Run for Its Money 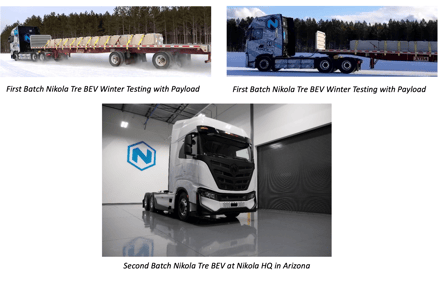 Nikola told investors that it was on track to complete previously announced goals in its quarterly update. 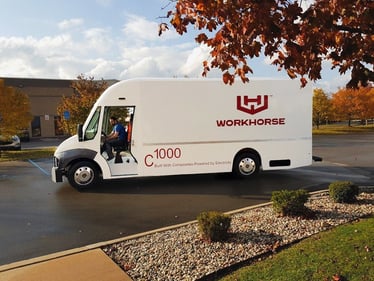 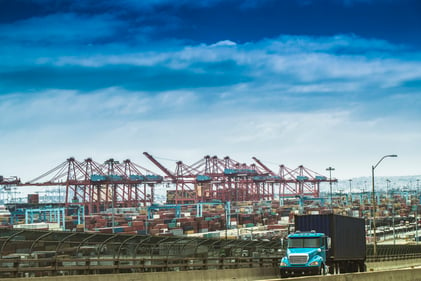 The deal is with Total Transportation Services in Southern California, but don't expect to see the trucks hauling goods just yet. 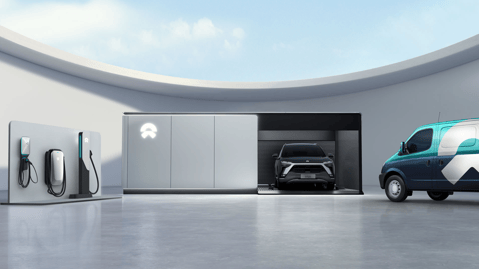 NIO Plans to Begin Sales in Europe This Fall

The electric-vehicle company's first foray outside of China will be in Norway.

Investors continue to turn away from SPACs.