The process of developing drugs and bringing them to the market can be a lengthy and costly one. It can easily take 10 to 15 years for a drug to go from its early stages to the point where the public can consume it, and knowing what drugs a company is working on can help you determine whether it's a solid investment. When a pharmaceutical company is said to have drugs in the pipeline, it means it is still doing research and performing tests on those formulas' safety and effectiveness with the hope of eventually gaining FDA approval. As an investor, it's important to be aware of not only the number and types of drugs a pharma company has in its pipeline, but what stage of the testing and approval process those drugs fall into. 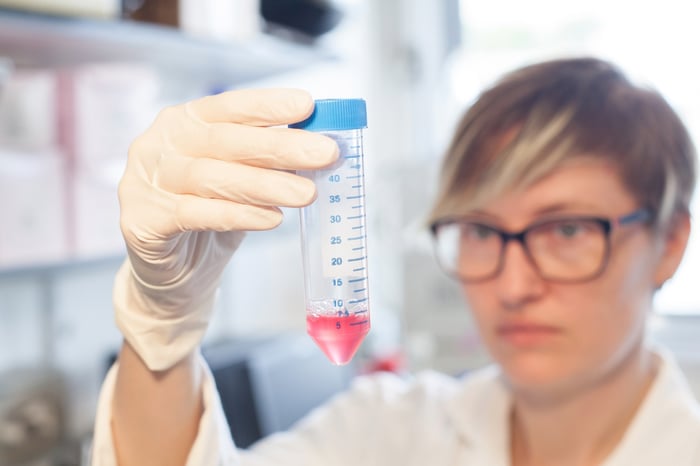 A big reason it takes so long for drugs to get approved is that new formulas need to go through several phases of testing to ensure that they're effective and safe. There are typically four stages involved:

As an investor, it's critical to review a pharma company's pipeline before deciding whether to buy its stock. A company might have just a few drugs in its pipeline or multiple drugs, but the key is to focus on the types of drugs and the specific stages they're at rather than fixate on quantity alone. While a large percentage of drugs, for example, fail to make it past the first phase of testing, the majority of drugs that enter phase 3 usually wind up getting FDA approval. Therefore, a company with two drugs in phase 3 might be a better buy than a company with six drugs in phase 1.

It's also important to look at the target market for the drugs a company has in its pipeline. Drugs that are designed to treat chronic conditions like diabetes and high cholesterol tend to be extremely profitable when they actually work. Similarly, breakthrough drugs -- those that succeed in treating life-threatening illness or demonstrate superiority over existing treatments -- can result in huge profits. Understanding the types of drugs a pharmaceutical company has in its pipeline and what stages those drugs are at can help you evaluate the risks and rewards of investing in its stock.