There's a lot of competition in the retail world, and companies need to make sure their stores are performing well. That's why so many companies rely on same-store sales as a metric for success.

Also known as comparable-store sales, same-store sales is a measure of sales growth and revenue from a company's existing stores. By tracking revenue increases for retail locations that have been open for a year or more, the same-store sales figure allows companies and investors to compare the performance of established stores over time. 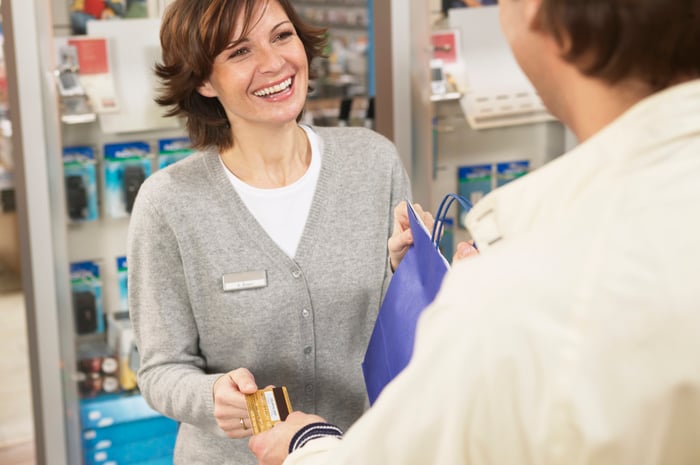 Same-store sales figures are typically expressed as a percentage of either an increase or decrease in revenue. If, for example, a company reports that its same-store sales for a given accounting period were 10%, it means that revenues increased 10% from the previous period.

Same-store sales figures help put revenue data in perspective. Let's say a company brings in $100 million in revenue during the final quarter of a given year. Without knowing how well that company performed in previous quarters, or during the final quarter of the previous year, that $100 million figure becomes somewhat meaningless. Same-store sales figures therefore give revenue more context. If same-store sales are up from a previous year, it's a sign that a retailer is moving in the right direction.

Same-store sales figures are equally important to investors. It's common practice for publicly owned retailers to share same-store sales data with investors so that they can see how well these companies are operating. Seeing a company's same-store sales increase is obviously a good thing, as it usually means that it's doing a good job of customer retention. But if same-store sales decline, it could serve as an indication that customer interest in its products or services is fading, or that a company's new stores are actually taking away business from its existing ones.

An increase in same-store sales usually sparks investor confidence and can help boost a company's stock price. Poor same-store sales, on the other hand, can have the opposite effect. It's important for investors and management alike to keep a close eye on same-store sales figures, as they can serve as a predictor of a retail company's health and future success.