Does the rise in artificial intelligence tech stocks have you intrigued? Have you been looking for an opportunity to buy into the trend?

That opportunity may have arrived last week.

Thanks to a stock sell-off of historic proportions, investors are entering the month of March with stocks as much as 11% cheaper, on average, than they were just a week ago. According to The Wall Street Journal, 497 out of the 500 S&P 500 stocks closed lower last week, and these included three of the biggest names in artificial intelligence: Alphabet (NASDAQ:GOOG)(NASDAQ:GOOGL), Baidu (NASDAQ:BIDU), and Facebook (NASDAQ:FB).

Here's why I think all three bear watching as the month of March begins. 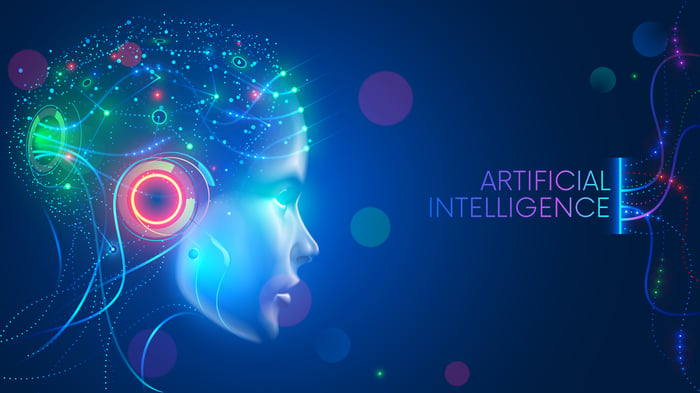 But first, a few words on why these three stocks in particular. What is it exactly that makes a stock an "artificial intelligence stock" anyway? This definition, given by "global leader in analytics" SAS, seems to me to sum up the concept well:

"AI works by combining large amounts of data with fast, iterative processing and intelligent algorithms, allowing the software to learn automatically from patterns or features in the data."

It follows then that an artificial intelligence company will be one specializing in "algorithms" with access to "large amounts of data." I can't think of any company that fits this definition better than Google, which was formed on the basis of a search algorithm, and which, as the world's biggest search engine, presumably has more access to data than any other company in the world.

More than just having the elements of a successful AI business, for at least the past eight years Alphabet CEO Sunder Pichai has been working to tailor Alphabet to dominate an "AI-first" world. AI-powered projects within Alphabet include programs devoted to translation, facial recognition, predictive typing, and, of course, virtual assistants. Alphabet's dedicated business unit devoted to artificial intelligence, "Google AI," is even designing computer chips specifically to enhance its AI prowess.

And "thanks" to last week's sell-off, Alphabet shares are now 10% cheaper than they were a week ago. Priced at an enterprise value just 26.4 times free cash flow, and pegged for a long term earnings growth rate of 16% by analysts polled on S&P Global Market Intelligence, Alphabet shares still aren't "cheap" exactly -- but they're getting there. If the sell-off that began last week stretches into this week (or longer), I'll be watching closely to see if this stock finally becomes cheap enough to buy.

In contrast to Alphabet, Baidu (often called the "Chinese Google") may already be cheap enough to buy.

Situated in the epicenter of the coronavirus outbreak, China's Baidu probably should have fallen even harder than Google stock last week. The fact that it did not -- Baidu shares actually fell less than 8% last week -- is testament to the Chinese stock's extreme cheapness already. A very weak profits year (from a GAAP perspective) has left investors leery of the Chinese internet star, you see. And yet, despite reporting very little "profit" last year, data show that Baidu's cash-generating prowess remains largely intact, with Baidu generating in excess of $3.1 billion in free cash flow last year -- and selling for an enterprise value-to-free cash flow ratio of less than 10x.

There can be little doubt. Operating China's largest search engine, Baidu has a good claim to the "Chinese Google" title, and thus access to a massive stream of search data in a country boasting 875 million internet users. (Granted, that's only half as many users as Google has, but then again Baidu only has 5% of Alphabet's market capitalization). And where Google leads, Baidu tends to follow -- into cloud computing, driverless cars, digital assistants, and of course AI.

As China's designated state champion of artificial intelligence (the nation lends financial backing to Baidu's AI efforts), and a certifiably cheap stock, Baidu is clearly an AI stock worth watching.

I mean, seriously -- when talk turns to companies that are vacuuming up consumer information and monetizing it, is there any company more tied to this phenomenon than Facebook? Through AI, Facebook figures out which posts to show to which people, and more importantly, which ads to show to which people to make the most money for Facebook. Last year we learned that Facebook is even partnering with Intel to design a new generation of AI-focused semiconductor chips to help turn even more of the company's data trove into dollars.

Caught up in the general market downdraft, Facebook stock fell more than 8% last week. At a current enterprise value of $505 billion, the stock costs less than 24 times free cash flow, and is pegged for a long-term growth rate of about 17%. It's therefore valued more cheaply than Alphabet -- if not quite as cheaply as Baidu -- but growing faster than either one.

If you're hunting for top AI stocks to buy amid the rubble of last week's stock market, Facebook definitely deserves a place on your shopping list -- and the more the market falls this week, the higher on that list Facebook should move.