"Stupid is as stupid does."
-- Forrest Gump

Financially speaking, I define stupid as anything that loses me money. On that basis, I find technical analysis quite stupid indeed. 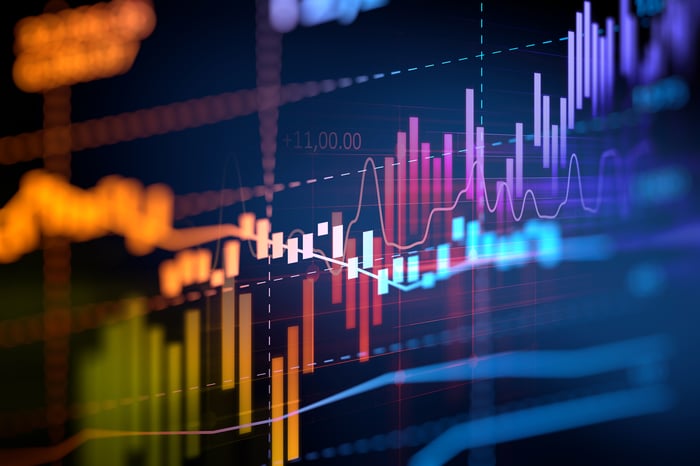 Based on the evidence, I'm convinced that buying stocks using technical analysis will lose you money.

Technical analysts argue that fundamental analysis is redundant, because all relevant information is already represented in a stock's price. In its strongest form, this theory agrees with the efficient-markets hypothesis, which holds that there's no legal way to beat the market -- with one key exception. Technical analysts believe that price patterns repeat themselves, because we humans react similarly to similar market events.

To illustrate, I've put together a table that shows how six companies break down on some key metrics that fundamental analysts would look at. The first three companies compete against each other in the megaretailer space. The second three companies all manufacture large equipment:

The first thing you should notice is how different the numbers are within a sector. For example, Target and Deere generate around three times the operating margins of Costco and Boeing, respectively. Of course, you have to factor in Target's greater leverage versus Costco, and the fact that Deere manufactures vastly different products than Boeing.

The disparity gets even more outlandish across sectors. Compare Costco's minimal leverage (debt-to-equity of 22%) to the massive leverage of all three manufacturers. And that's before taking into account the huge differences in price multiples and growth rates.

Just looking at these four basic metrics and the factors that drive them, you can start to see how complex valuing a company can be. You can also start to see how two intelligent, rational investors could have markedly different opinions on each company we've discussed. Considering these points and the wild price swings of Mr. Market, I find it very hard to believe that there isn't any opportunity for smart investors to use fundamental analysis to earn excess returns.

Meanwhile, technical analysts ignore everything we just talked about. They hold that the only thing that matters is patterns. You can ignore profitability, sales growth, debt position, industry, management, regulatory environment, country of operations, etc. If two companies, no matter how wildly different, happen to have similar historical charts, a technical analyst will predict similar outcomes for each.

But again, the proof is in the profits. Technical analysis is only stupid if it loses us money. Speaking of which….

The damning evidence
You don't have to look too far to find empirical evidence backing up the merits of fundamental analysis. The pantheon of successful investors tells the story. Ben Graham, Warren Buffett, Peter Lynch, John Templeton, Shelby Davis, Philip Fisher, George Soros, David Dreman, John Neff, and many others all soundly whooped the market using fundamental analysis. They all have different approaches (for instance, Soros tends to focus on macroeconomics), but there isn't a technical analyst in the bunch. In fact, I defy you to name a group of technical analysts with a long-term track record that comes anywhere close to the names above.

The more you dig, the weighter the evidence against technical analysis gets. An October 2009 study by New Zealand's Massey University tested more than 5,000 technical analysis strategies in 49 different countries. The result? Not one strategy generated returns that aren't predicted by chance.

Let me repeat that. Not one.

Don't believe the bluster
So if you hear an anecdotal story of technical analysis glory, remember that a bad strategy can win you money based purely on chance. Especially in the short term. The worst poker player at the table may double up early, but he's best advised to take the money and run.

For the fundamental analysts out there (both old and new), here is one company our Motley Fool Inside Value service has identified as a "Best Buy Now."

I invite you to join us and see all the analysis we've done on Weight Watchers, as well as the other stocks that rank as "Best Buys Now." If you don't think we're helping you beat the market, you can cancel at any time. Click here to get started.