Longtime readers may know I think that Tencent (OTC:TCEHY) is the best company in China, and the best positioned to weather the current regulatory crackdown.

Yet I don't own any Tencent shares. That's because since I have a very long time horizon, I've decided to own Tencent through its largest shareholder Naspers (OTC:NPSNY), as well as Naspers' spinoff, Prosus (OTC:PROSY).

That's because both entities, which own a large stake in Tencent and other companies in emerging markets, began to trade at a discount to the value of their stakes in Tencent alone -- not to mention their other holdings in classifieds, food delivery, fintech, and education tech companies in developing markets.

Despite management's best efforts, that discount has only widened, to the point where the valuation gap has become truly ridiculous. Just how ridiculous, you ask? 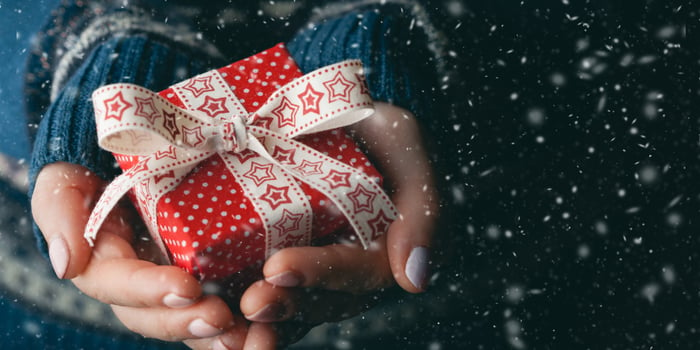 As Tencent has grown in value over the years, Naspers began to trade at a large discount to its assets, which management attributed to its dominant size on the relatively small Johannesburg Stock Exchange (JSE).

To attempt to fix the problem, in 2019 Naspers spun off its international investments into Prosus, a holding company on the larger European Euronext Exchange, with Naspers retaining a roughly 73% majority stake in Prosus. The thinking was the spinoff would lower Naspers outsized weight on the JSE, while Prosus would trade up to fair value on the larger and more liquid Euronext Exchange. The spinoff closed the gap for a short time, but the discount began to widen again, and Naspers began to trade at a discount to Prosus.

In another move, this past summer, Prosus and Naspers engaged in a share swap, in which Prosus would essentially buy 49% of Naspers' "cheaper" stock with its own more "expensive" stock, in an effort to further boost Prosus' liquidity and further lower Naspers' weight on the JSE.

It's a bit complicated, since Prosus was buying shares of the company that owns a stake in itself, but management has simplified things for investors. After the swap, Naspers is essentially entitled to 41.3% of Prosus' assets as of September 30, with Prosus shareholders entitled to the remaining 58.7%. Although since Prosus is currently repurchasing shares, Naspers' ownership percentage is likely slightly higher today.

Even as Tencent has fallen this year, the discount has actually widened to a remarkable extent. Management calculates that as of September 30, Prosus' net asset value (NAV) was 131.20 Euros per share, compared with just a 70.68 Euro share price today – a 46% discount.

But if you look at Naspers' entitlement to the companies' assets, its discount is truly mind-boggling. As of Sept. 30, Naspers' NAV per share was estimated at 6,326 ZAR per share, compared with just a 2,461 ZAR share price today, an incredible 62% discount.

Sure, Naspers and Prosus are cheap, but say you are worried about Tencent's future because of the Communist Party's slew of new regulations this year.

No matter, because one way to think about Naspers' current price is that it's worth less than the value of its non-Tencent investments plus Tencent's own outside investments alone. Remember, Tencent is not only the leader in Chinese gaming, social media, streaming, fintech, and a strong second place in cloud computing, it's also an investor itself -- perhaps the best venture and growth company investor in the world.

So when you think about it, Prosus essentially owns $103.5 billion in assets outside of Tencent's main business and subsidiaries. And remember, that was as of September 30. Given the bounce in several Chinese and technology stocks since then, that number is likely higher today.

Still, using that figure and Naspers' 41.3% ownership of those assets, Naspers' share of Prosus' asset base comes to about $42.75 billion today. Yet Naspers' market cap after the share swap is just $33.4 billion as of this writing.

That essentially means in buying Naspers, you are getting all of Tencent's investments and Prosus' non-Tencent investments at a discount – as well as Tencent's amazing core businesses for nothing.

Last year, Tencent's core businesses earned over $19.2 billion in net income outside of its investments. Prosus' stake would amount to over $5.5 billion, and Naspers' look-through share would equate to about $2.3 billion. So another way to think about Naspers' valuation is that you are buying Tencent's core business for 14.5 times 2020 earnings, and then getting all Tencent's and Prosus' other investments for free.

What will the future hold?

Of course, it's entirely possible Naspers and Prosus will trade at such a discount for a long-time. The discount could even widen; after all, I really didn't think the discount would ever get this large to begin with.

However, over the long run -- however long that is -- eventually, that intrinsic value will find its way to shareholders. That's why Naspers and Prosus looks like extremely compelling long-term investments in an otherwise expensive tech market today.